For 10 years, exactly Hubert travels the world aboard his sidecar. Ten years on the road, that’s the name he gave his project. The amount of money he had when he left, after selling everything, had to allow him to travel for 10 years. Today the years have passed and the loop is closed. Where’s Hubert? Back on this atypical motorcycle tour of the world.

Go around the world in side-car…

“When you live in big cities like New York, you return your pockets on December 31st and they are empty because with these lifestyles, you spend everything you earn!  Either I continued to work for 10 years and I would be poor after… Either I was selling everything I had, I was going to travel for 10 years on my side-car and I would be poor afterwards! »

And what a decision. According to his instinct and favorite song: “Do not forget to take a risk today”, Hubert 58 years old at the time, chooses to leave, a decision that he deems the best of his life. 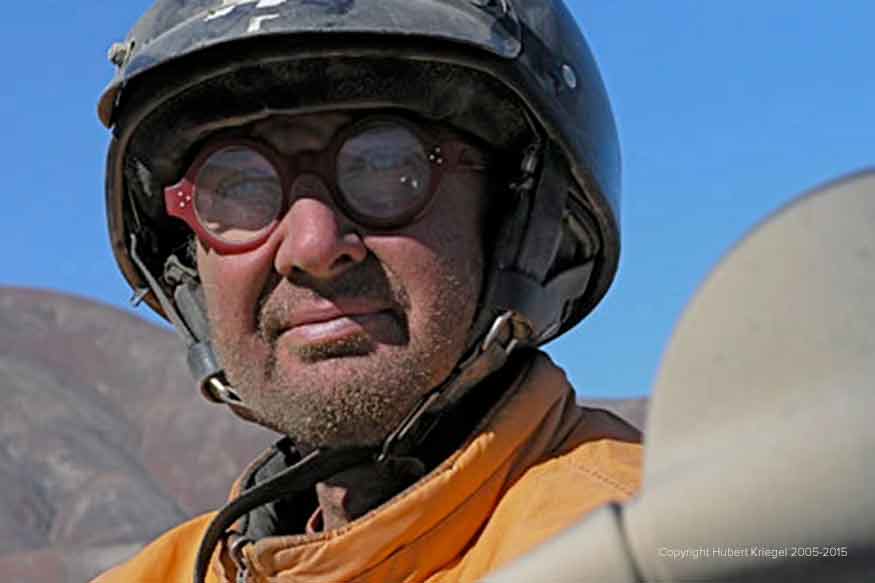 Hubert leaves New York aboard his BMW side-car equipped for an indefinite journey. He takes the direction of the polar Circle, the first stage of his adventure. His arrival in Tuktoyaktuk in March 2005 clearly marks his best memory of ride.

A particularly intensive memory of ride: Hubert had to travel a 380 km stretch in a desert of ice, by-40 degrees. Having always lived in large cities like Paris, Los Angeles, New York, finding yourself alone in the world was a terrifying experience. As he passed the Col of Ogilvy in northwestern Canada, Hubert had to face the elements. The blizzard in full swing and extreme temperatures, it is the eyes open alternately and no longer feeling the vibrations of his BMW that he clung and travelled the Dempster Highway, a road in the far north of Canada.

“I repeat Myself” Hubert you will not stop “, certain that I could not leave again… Mentally, I was doing an inventory of my survival gear that I would take with me if I was stuck in this storm, “he says. What a relief and pride to finally arrive in Tuktoyaktuk after days of solitary ride. 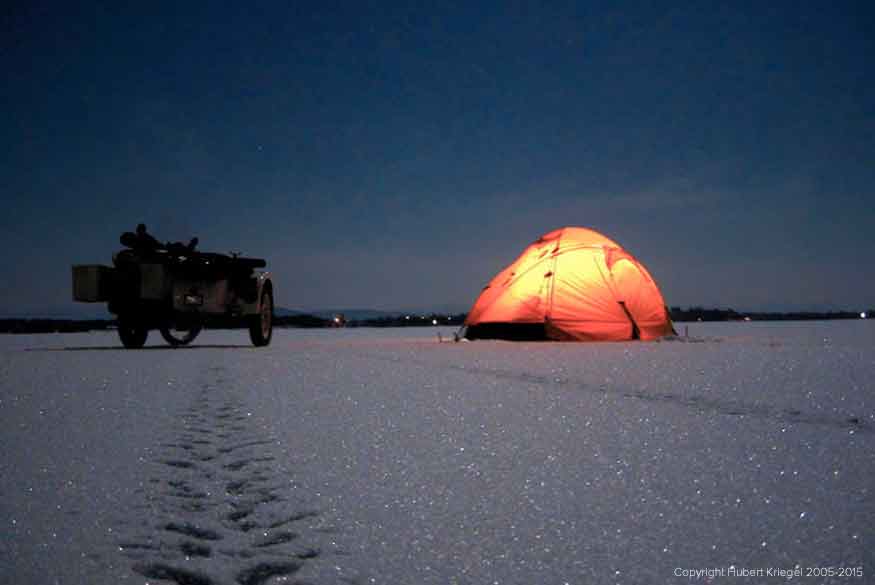 Success in a solo world tour requires a lot of work

On his return from Tuktoyaktuk, just below the polar circle, Hubert met Harvey Van Patten at a petrol station. If Hubert travels on a side-car, Harvey, it is in sled dog that he follows his route alone. embarked on the same adventure where sleeping on a frozen lake as managing the technical problems alone are the lot of the daily, the two men immediately understood. On leaving Harvey threw to Hubert: because we are not salaried, people think that we do not work… I would say to them that to succeed what we do, it takes a lot of work on our part! “. A great meeting, one of the best. 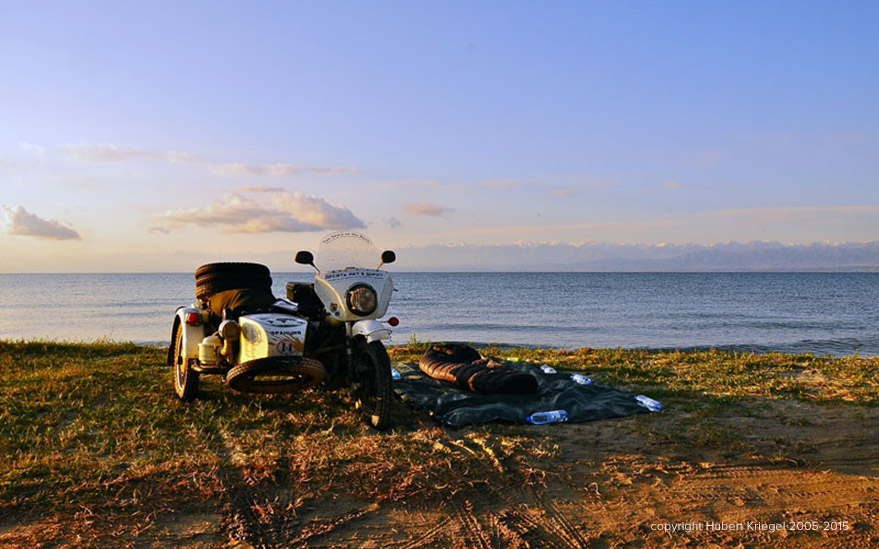 A road trip around the world far from ending

From 2005 to 2008 Hubert travelled the roads of the Americas. From the ice roads of Canada’s far north to Antarctica where Hubert was able to observe the icebergs at the dawn of the day since his ship the “Explorer” his side-car allowed him to travel the roads without Borders. It explores the south, Argentina, Bolivia, Peru… In 2008 he flew to Europe where he explored the old continent before continuing to the north of Asia. He explored Scandinavia to Mongolia. In 2011 It is in Africa that one can see his glowing glasses scour the roads of Ghana. Until 2013 it crossed Africa and Europe. Today we know that he is in India and determined to continue his road trip.

When asked if he would like to stop, now that it’s been 10 years that he rides around the world, he prefers to tell us about his future destinations. In line of sight, the Himalayan passes from May to Tibet in September. Then it would be tempted by Australia, why not… But it is already too far for Hubert to be able to project himself, who follows the opportunities of everyday life.

If one day he had to stop, it might be in France or the United States in a simple, quiet place, out of the crowd. 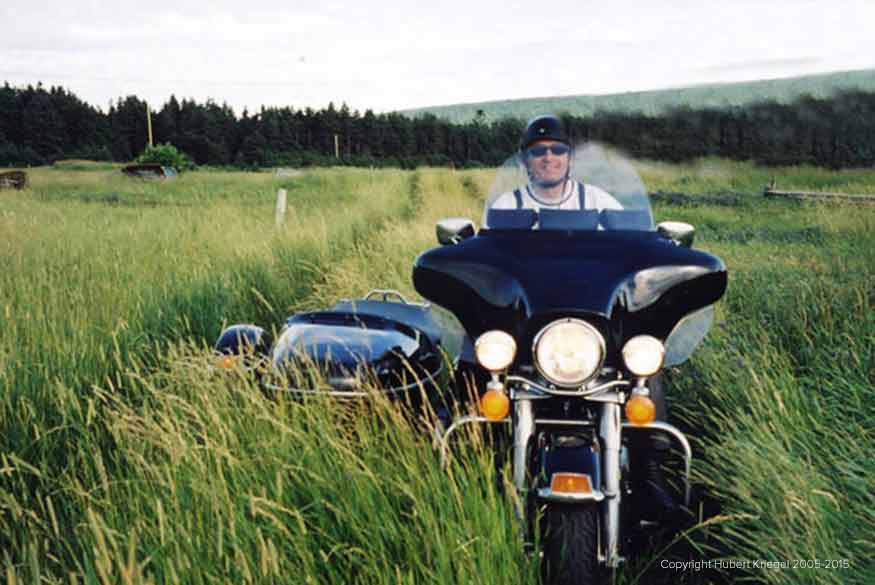 The sidecar and the motorcycle represent for Hubert a total freedom, a nomadic life that is done in day-to-day, without calendar or itinerary. More than a motor vehicle, the sidecar is a way of life. He who rides in Sidecar since 1971, it is not tomorrow that he will change.

Apart from his site which serves him as a travel diary, Hubert does not hold his accounts and does not figure out the kilometers. For him what is important is to maintain a spirit of freedom while going to meet people. But tell us Hubert, it’s not too hard to travel alone?

“When I stop with my side-car, people come to me immediately. It is up to me to have an open attitude. And then I get along well with myself so I never get bored. » 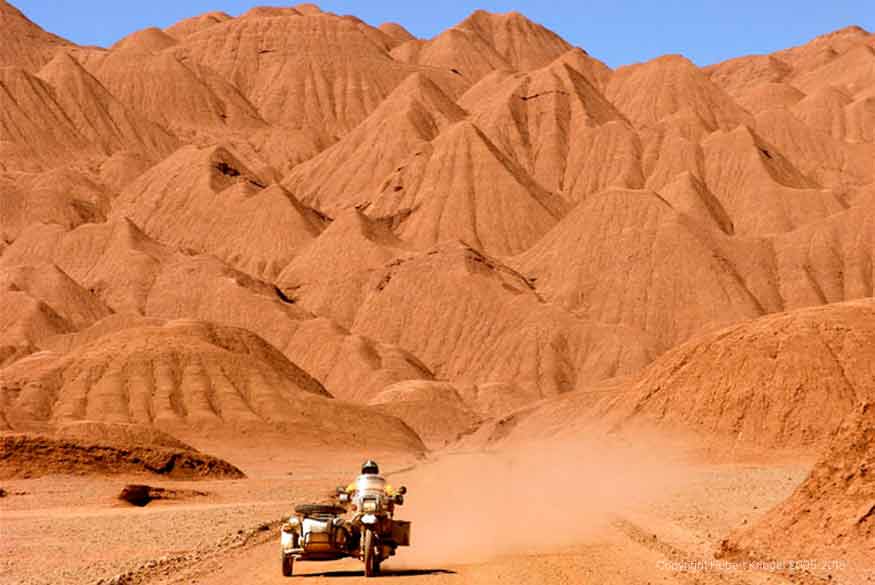 Any tips for future riders preparing their bike ride around the world?

Find the Adventures of Hubert on blog Thetimelessride.com, and you too may be that you will be tempted to take the road! 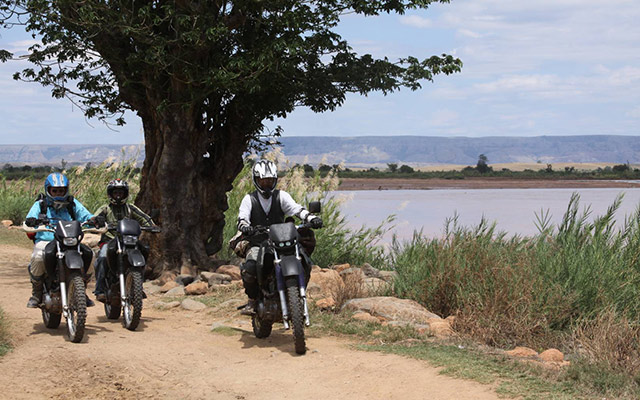 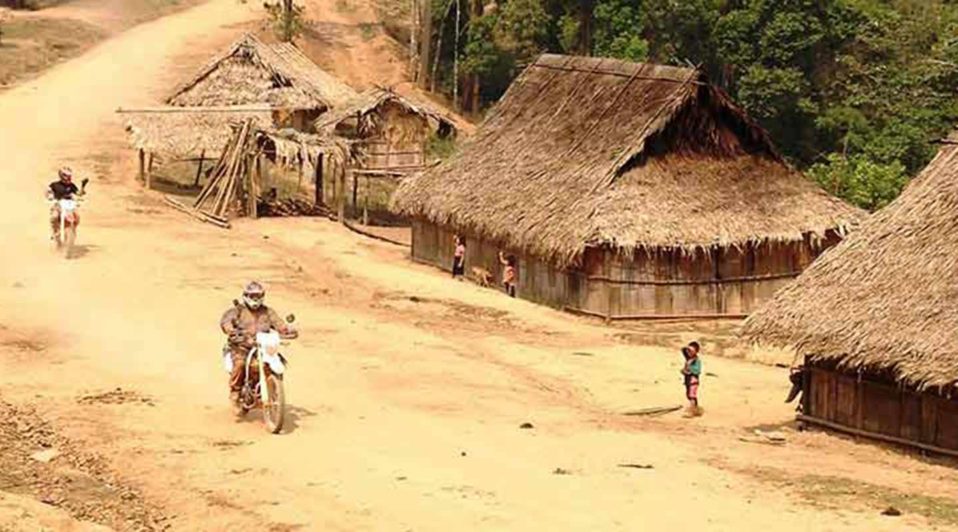 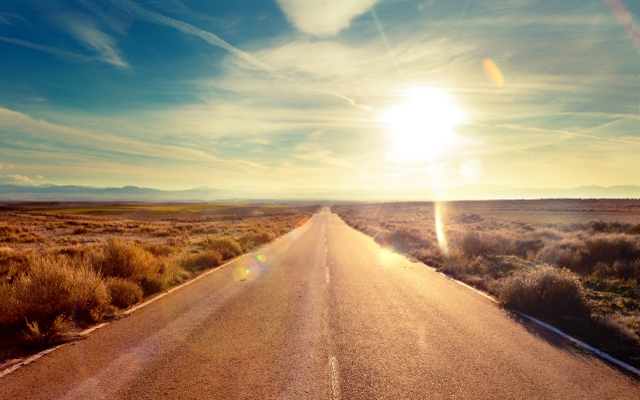