Julien, photographer for eight years spends most of his time traveling in van. He loves to go on adventure, discovering New Horizons without arranging his travels in advance! He recently left alone, aboard his van discovering the Great North and more precisely Norway in the middle of winter! Accompanied by his little white van named Cheyenne he left alone for three weeks of road trip in the Arctic Circle! 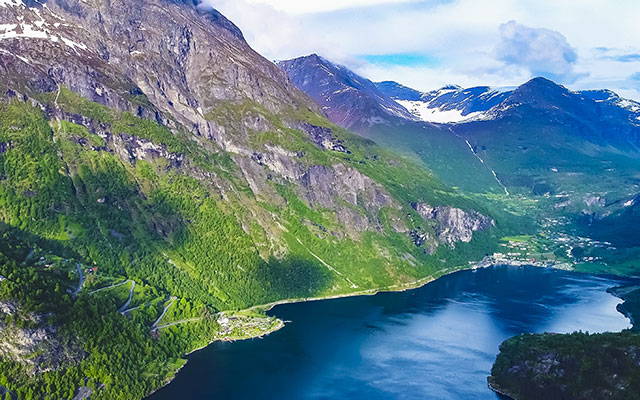 His purpose? Feel this sense of freedom that adventure brings to life, observing unique landscapes, discovering the intense cold and the tranquility of the far north! Julien leaves with his house on Wheels in order to be sure to have a minimum of comfort when he travels! Water, a mattress, blankets, a small refrigerator and a gas stove, enough to live a minimum during the adventure. After devouring the magnificent book of Sylvain Shard on his 6-month adventure alone in Siberia, the desire to discover new Horizons was stronger than anything.

Norway is one of the least populated countries, so there is little chance of finding a world on the roads, which is not to displease Julien. Feeling this feeling of being alone in the face of nature remains a difficult exercise, but not impossible, as he says. 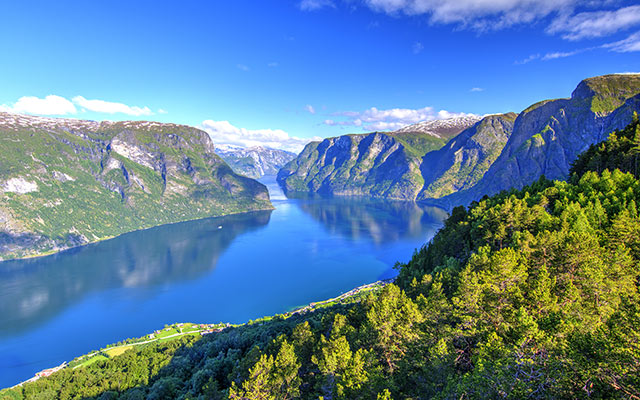 Arriving at the port of Kristiansand, less than a month after taking the ferry tickets, Julien attracts all the looks with his white van from the years 80 to the big tires and his two large antennas allowing him to keep a radio link even when there is no E Network. That’s it, it’s gone, the adventure can begin! 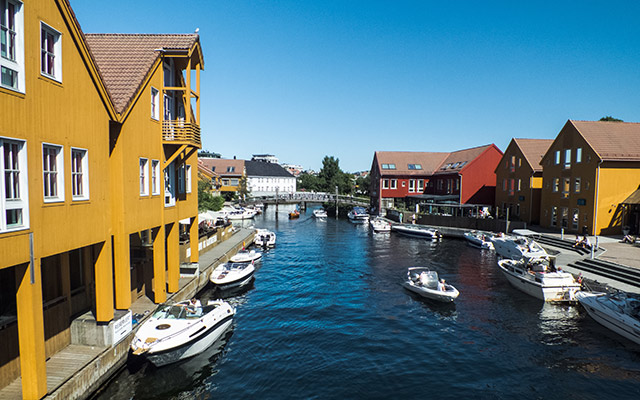 Julien takes the West Coast road to discover the first fjords, the immensity and the beauty of the surrounding landscapes are breathtaking! To ask his van for the night the choice is difficult so every place makes you want to stop! For his first night, Julien chooses to settle for a small red hut at the foot of a fjord. He takes the opportunity to make a photo shoot that has been important to him for a few years. Shortly before his departure, he equipped Cheyenne, his van, with an extra battery as well as a solar panel in order to be able to ensure a good autonomy and thus to connect all his equipment. Aided by a small light garland he works peacefully at the sound of the ripples on the shore. For dinner, Julien chooses to play local, he bought dried fish by the roadside a few hours earlier and nibbles with a good blond beer, what better for a first night? 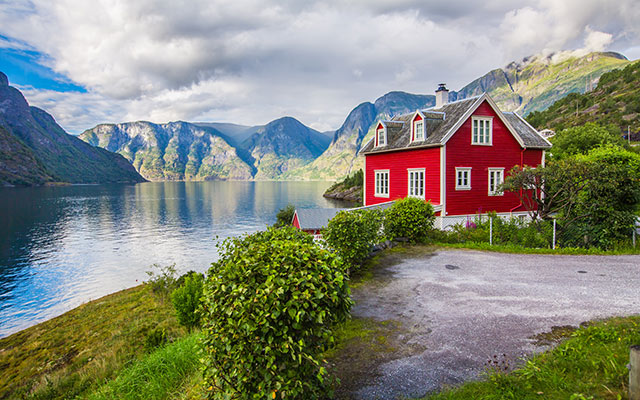 The days go by but they don’t look alike, the weather is capricious, the rain, the hail, the snow or even the storms of violent wind are not going to facilitate its exits shots, but it will eventually get used to it and even taste it after a few days S. The roads are safe but it rolls gently because every day is a new adventure with new landscapes to discover. Every place crossed is different, the landscapes blend into vast plains on which are contested by large yellow herbs constantly swept by the many bad weathers. He discovers vast stretches of water rising from huge boulders culminating at more than 1000 meters in altitude or the snow of a divine whiteness as far as the eye can see, on which the driving must be careful. 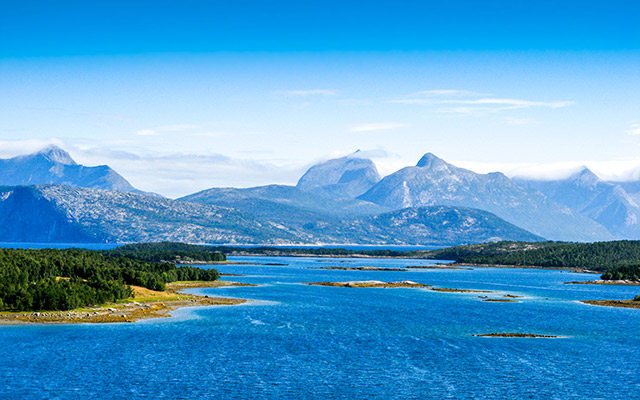 After 4000 kilometers of driving aboard his van Julien finally reaches the Arctic Circle. At this time of year the beauty is extraordinary! He decides to spend the day and even at night, while the temperature is close to-14 degrees and he has no heating! It took him three blankets and a half bottle of Jack to succeed in finding sleep under a beautiful sky, filled with a multitude of stars! 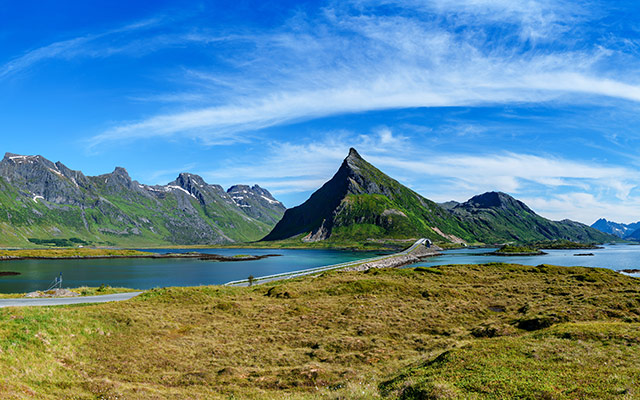 After three weeks of unforgettable and intense road trip aboard Cheyenne, Julien returned from the stars full of eyes with the sole objective of returning to the road trip as soon as possible!

You are attracted to Norway too? Then go for a road trip in a motorhome or a snowmobile raid to discover the most beautiful landscapes of the country!

An unforgettable adventure in the lands of great migration of reindeer

Drive your snowmobile on Lake Inari, the largest Arctic lake in Europe