It is time again for the Django Adventure!

This year it's an alternative route coming and this time above 100% female.

Two adventurers will embark on the most beautiful roads in the South of the France, Spain and the Morocco, history, meetings and sensational views.

This edition 2017 of the Django Adventure is the continuity of a beautiful adventure in scooter organised by Peugeot Scooter and Planet Ride.

Back in 2016 on the first edition of the Django Adventure from Paris to Saigon.

In 2016, Samuel and Ambroise, two adventurers and reporters, launched the crazy challenge to reproduce the amazing epic of Serge Gracium and Michel Vaslin: two french sailors in naval aviation, left for a terrific, road trip to Saigon to Paris 60 years ago, aboard their Peugeot Scooters S57.

The two friends went for more than two months for a trip on two wheels. They went through no less than 14 countries, 50 cities stages for a total of 12,000 kilometres on the clock on two 125cc Django, the model neo retro manufacturer Peugeot, directly inspired by the S57. Planet Ride was very proud to be selected as an official partner of this event thanks to its excellent logistical expertise. 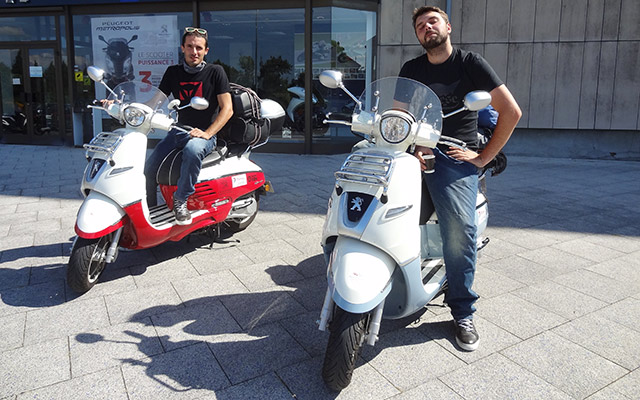 This adventure has been a great success and no technical problem came marred their incredible road trip. A great achievement when we know the Asian trails and the fickle weather of these countries.

A challenge that they have succeeded brilliantly with many local partners and trust made by Planet Ride, on this first edition of the Django adventure.

Two young pilots returned from their road-trip memories and anecdotes full head, happy and proud to have achieved this crazy bet!

This year it's two friends adventurers who will start beginning of May next on the most beautiful routes from Paris to Casablanca. A road trip of 3000 km on the handlebars of their 2 scooters Peugeot Django!

Planet Ride is once again an official partner of the Django Adventure event organized by Peugeot scooter.

In a few months the 2 adventurers, cameraman, bloggers and especially constant thirst for adventures will leave again on these famous Django inherited the S57 neo retro style scooters. They sillonneront 3000 km to reach Paris in Casablanca on the legendary roads of the South and the Morocco. 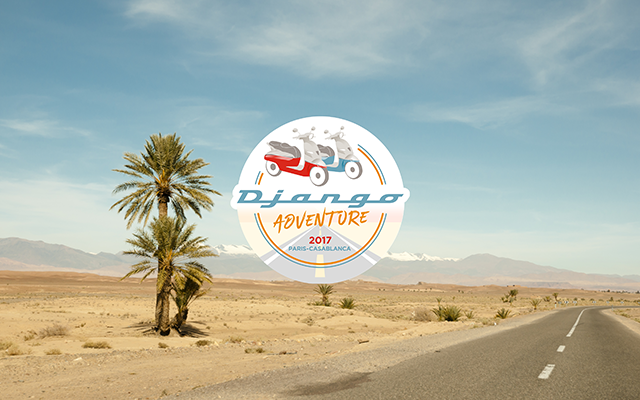 2 friends will be selected following a cast that began in February and which comes to an end.

Enthusiasts, bloggers, rideuses, charismatic and especially true adventurers! They will be those that we live through their looks and their passions, this journey of more than 3000 km. Emotion, encounter and testimony will be to go for a road trip which already looks exciting!

More than a month of road-trip to scooter!

2 friends will make you live day by day their journey on the handlebars of their Django for a breathtaking adventure on the most beautiful roads and cities of France, Spain and the Morocco. Three countries history and roads to the lavish panoramas. They will discover passionate people, architectural, cultural and gastronomic each country beauties.

A road-trip more 40 days during which they will be steps in the cities of Bordeaux, Madrid, Granada, Rabat to Casablanca.

Who knows, the adventure could go even further! 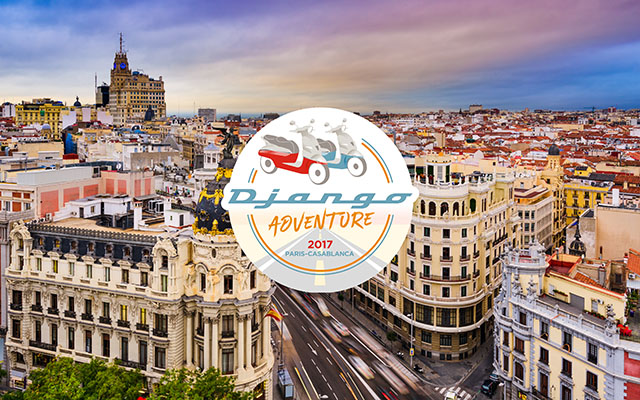 5 web series will be performed, retracing their journey on these 5 steps. They will also be live day by day their adventure through videos in "Django Inside" immersions.

Their photos and videos will be broadcast on various social networks of Planet Ride and scooter Peugeot. Like the first edition, Instagram will allow them to transcribe their adventures through their photos of the most beautiful ways, and some Instagram story will be specially created for the occasion.

We will share with them their passion for travel and the neo retro scooter, and we will discover at their side a trip full of emotion, elegance and meetings.

Throughout their adventure, they'll keep a travel diary, true testament of their journey, different traditions and new urban trends, the opportunity to discover more about their road trip.

An event combining charm and elegance, adventure and passion with for key words: travel, meet, culture, escape, relaxation and gastronomy.

An adventure and a route designed by Planet Ride for a scheduled departure early may!

Adventure reserve still good surprises and who knows, maybe Casablanca is not the end of their trip!