The Chapman Peak Drive is located on the West coast of the Cape Peninsula. It was inaugurated seven years after the beginning of the work, in 1922. The steep, rotting and unstable cliffs and ravines made the work very tedious. The latter is reputed to house the nine most beautiful coastal kilometers in the world. The Chapman Peak Drive is called “Chappies” by the regulars. 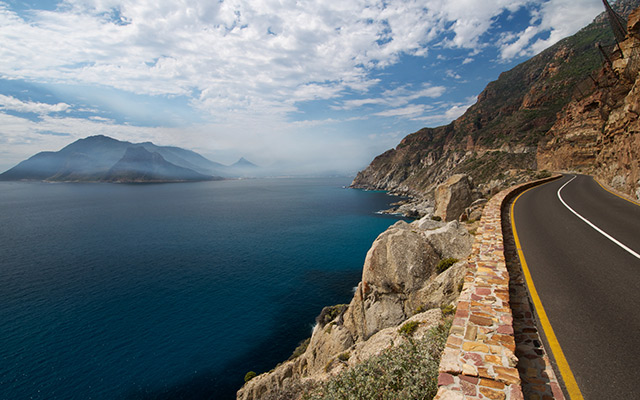 The winding stretch of the most famous road is located between Hout Bay and Noordhoek, around the Cape of Good Hope and attracts many visitors. The road winds through the cliffs between the sea and the mountains.  Before and after almost each of the 114 turns you will find a rest area that will allow you to pause a few minutes time to blow or take a souvenir photo of the beautiful surrounding panorama. The Chapman Peak Drive is listed as a national monument and offers a 180 degree view. In 1963, a bronze leopard was attached to one of the boulders at the end of Hout Bay Bay to remind them that wildlife once roamed the region’s forests. 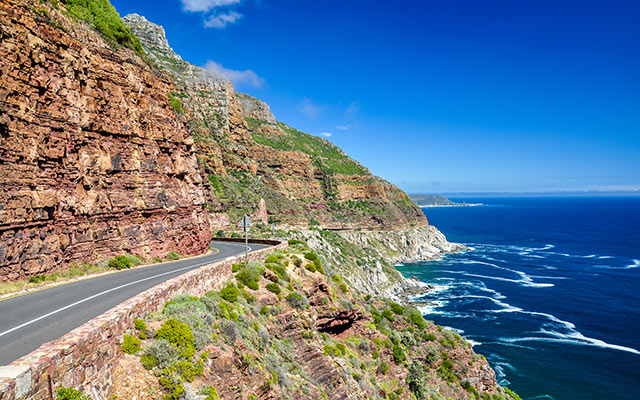 The road crosses several layers of granite and sandstone during these 9 kilometers long and its famous 114 turns, while offering you spectacular points of view. Before you go, check if the latter is open, indeed it is frequently closed due to landslides. Stop around the time for a picnic in front of all this natural beauty. Stroll through one of the villages of Noordhoek where Hout Bay, you will find charming shops and local markets. A memorable road to do by motorbike or car and that will leave you an unforgettable memory! 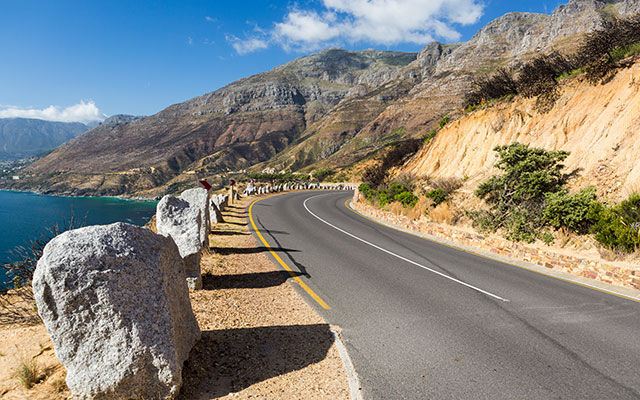 You also go for a roadtrip on the most beautiful roads of South Africa!