You’ve probably already heard of the Napoleon Road. This French national road extended from the Golfe-Juan to Grenoble in 1972. Since then, she has undergone various changes throughout history, including her itinerary. Formerly known as the “Winter Alps Route”, it remains a rare road to contemplate the natural landscapes of the region while enjoying exquisite driving sensations. 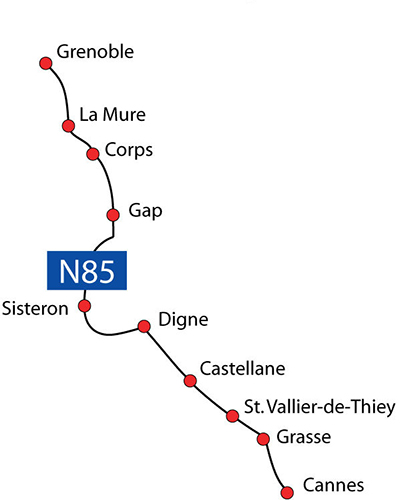 The first thing we might ask is why this road has this name? It is obvious that Napoleon never borrowed the latter, having died long before the road was named.
Originally named the National 85 and crossing the old “route of the Alps”, the route Napoleon was born to become the first tourist road of historical character!

This itinerary of nearly 300 km, was borrowed by Emperor Napoleon in 1815 while returning from the island of Elba to go to Paris and recover the power. However, it was only a century later that this road was inaugurated (in July 1932).

Here are Napoleon’s steps on this mythical road:

Napoleon and his people depart for Grasse and set up their bivouac on the plateau of Roquevignon, henceforth called “Plateau of Napoleon”. The advance of the troop resumes the next day by the old “Route of the Alps”. In Saint-Vallier, a column surmounted by a bust of Napoleon stands at the edge of a bench on which he would have sat during a halt.

Follows the crossing of the gorges of the Siagne, steep territory very dangerous to join Castellane on March 3.
On March 4, the group took the mountain route to Digne, then Gap, destination reached on March 5.

The next day, on the road to Laffrey, the 5th line soldiers rallied to the Napoleonic movement and the troupe continued its advance towards Grenoble. A status of the Emperor on his horse was also erected in his honor in 1868 on the city’s place of arms. This status is now visible on the shores of Lake Laffrey since 1929.

On this historical route there are numerous commemorative plaques to testify to the presence of the emperor on this land. 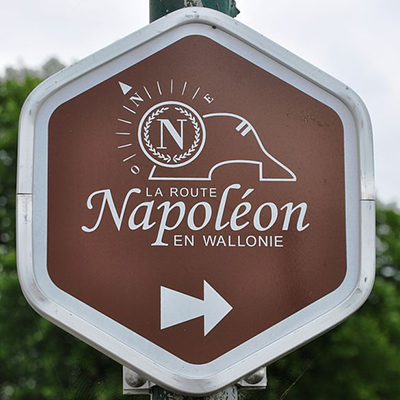 The + for the driver

For optimum driving sensation, the ADR ratio is 10:1 (an average of 10 seconds between each corner). The route Napoleon it, proposes an ADR ration of 15:1. Between the middle Alpine mountains and the Durance Valley, the Napoleon Road offers beautiful tight curves intermingled with long straight lines. Its most is undoubtedly the beautiful panoramas it offers on the mountain ranges and the wide plains. Moreover, its ADR ratio allows motorists and bikers to take a little speed in this enchanting environment, for their enjoyment. 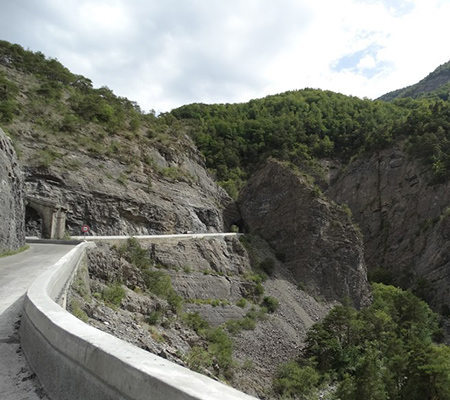 Would you like to see more about the secrets of the Napoleon Road?