If you are looking for snow, among the northern lighthouse destinations do not miss to go to Lapland. First of all it is not the other side of the world, just a few 3:30 flight and you are there. Once there, its snow-covered forests make you want to get lost. Welcome to Northern Finland, in Lapland, where nature has preserved all its purity.

It has the advantage of offering a variety of landscapes because of its geographical position. Located at the crossroads between Sweden, Norway and Russia, during the courses you can get a glimpse of the neighbouring countries. 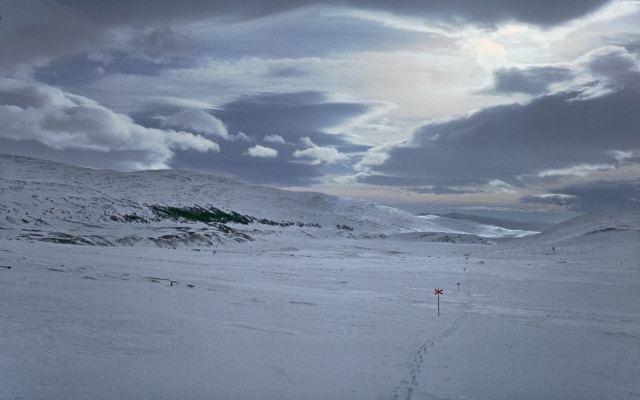 In winter, many tourists go skiing every year. Sport today popular, skiing has everything to please: the pleasure of the gliding, the beauty of the mountains and then the lakes, but few of them think of going on snowmobile raid and even less in Finland. Based on the same principle as skis, it is a motorcycle on skis, less tiring and equally enjoyable. On the other hand, cover four times more, the golden rule being that of the four layers: underwear, fleece, sweater and jacket. For precise information on the weather forecast, there is the site yr.no.

The climate is subarctic in nature. The average T °c in summer is around 16 °c and winter between-10 °c and-40 °c. It should be noted that climatic variations are frequent and rapid. Thus time can pass from the clear skies to a loaded sky in the space of a few moments.

During the winter period, between December and February, the Sun sleeps in the middle of the afternoon. Snow storms can fall. Snow usually melts in March or April. In winter in Finland, the nights are long and can even be eternal. This is the case in northern Finland or Norway, where the night has taken over. On the other hand, in summer, you will be able to attend the midnight sun which can last up to 128 consecutive days by going north.

An unforgettable adventure in the lands of great migration of reindeer

Drive your snowmobile on Lake Inari, the largest Arctic lake in Europe

Among the most northerly circuits of Nordik horizons, we have the very famous North Cape. This raid will allow you to rub shoulders with the three borders Finland-Sweden-Norway. You will go along the Kaamasjoki River to reach Kaamanen and then Mehamn in Norway. Mehamn is a port city but also and above all the administrative center of the province of Gamvik, the northernmost of all continental Europe. Moreover, it is a great vantage point to admire the night light. 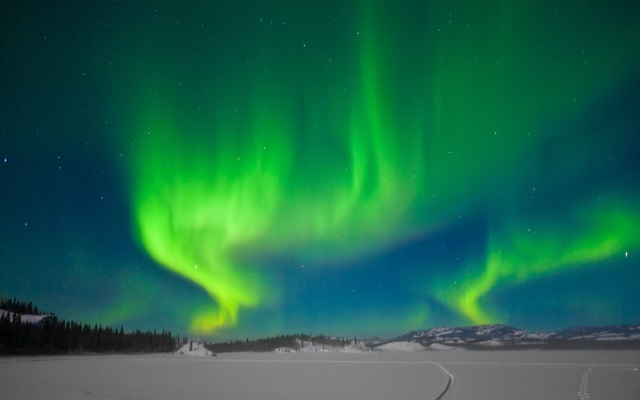 On the spot, the preferred means of transport after the cars is the snowmobile. This product already has a beautiful past and still a beautiful future ahead of it.  Snowmobiling in Lapland is like riding a bike in Italy, everything is culture history. For the utility or the leisure, this one allows everyone to explore the roads impassable by car and to offer you its landscapes that have preserved all their authenticity. Snowmobile trails are reserved exclusively for snowmobiles and therefore offers you panoramic views that by car you would not have.

The snowmobile, also known as “Snow Scooter”, comes from Quebec. This fabulous invention of Joseph-Armand Bombardier. Date of the 1920s but was marketed much later in the years 50. Since then, it has continued to evolve from the standpoint of safety, design and ergonomics. The three major snowmobile manufacturers are Canada (BRP and POLARIS), the United States (ARCTIC CAT) and more recently Japan (YAMAHA), which as early as 1968 has embarked on this carrier market.

You will be required to straddle 600cc or 900cc snowmobiles depending on your level. The speed of propulsion is quite astonishing, you have to control it. In January-February, temperatures are cooler. For the chilly, everything is planned, the cold suits will do the trick as well as the heating handlebars of your snowmobile.

All in the saddle!

Snowmobile Raid Finland: It is first of all to confront the great cold and the desert areas. Prepare for shock! City dwellers will be able to soothe their ears with this serenity that emerges in the air and fill their lungs with one of the purest airs in Europe. It is also daring to adventure and leave the daily train to meet new people and taste new dishes!

On various circuits, alone, with family or with friends, come and discover this piece of land eccentric and delight you with some unexpected natural shows.  Beginner or confirmed, each raid is unique and will leave you an indelible memory as well as the desire to return the following year. 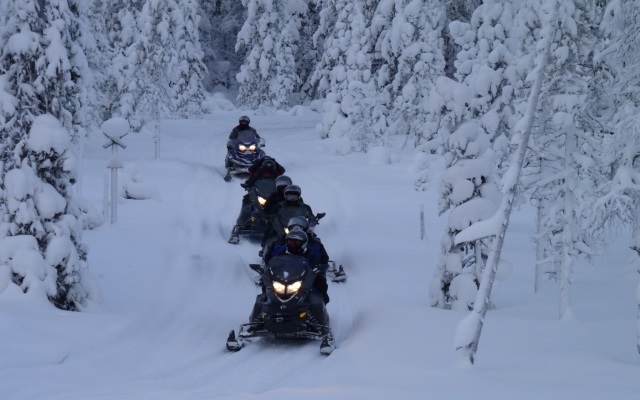 After a long day of snowmobile raid, you can relax in one of the many accommodations we have. You will sleep in typical original accommodations and 100% natural, namely huts or bivouacs for adventurers or good chalets called “Kota” for the most cocooning.

To do the whole thing, you have to add to the list the saunas that there are the equivalent of our bathroom. The sauna is a way to create a moment of intimacy with people but above all to purify oneself. Originally the sauna is taken as one takes a bath or a shower. And it went again for a ride the next day!

You are not alone

Even if landscapes can sometimes seem uninhabited, it should not be mistaken. The flora and fauna of Finland is rich and varied, starting with the taiga. This long forest strip is the largest wooded strip in Europe. You can cross lynx, bears, wolves or gluttons. Moose and reindeer remain of course the kings of the forest.

For amateur or ornithologist researchers, Finland is an excellent benchmark for examining rare specimens such as certain species of birds that cannot be found elsewhere in Europe. With 38 national parks managed for the most part by the Directorate General of Forests and more than 180 000 lakes, Finland is a perfect destination for the photo-snags that will find their happiness in this luxury biodiversity.

Don’t miss the unexpected crossings of elk herds on the way or any other inhabitant of these lands. For the big racket fanatics, the trails are not lacking. Finally, you can learn about the white fish on one of the many lakes in the area.

Lights in the Night

In winter, at night, and even for the luckiest day, the sky turns into a timeless movie screen if the weather conditions are good, i.e. a clear sky. The polar auroras are a luminous phenomenon visible beyond the polar circle, close to the magnetic poles, between 65 and 75 °. A polar Aurora will be named “Aurora Borealis” in the Northern Hemisphere and “Southern Aurora” in the southern hemisphere but we speak well of the same.

During your Finnish snowmobile raid, you may be able to see some. Open your eyes to see this natural phenomenon so famous in the northern countries. Kilpisjärvi and Mehamn are among the points of view to observe these auroras. To learn more about the Aurora borealis, go to the site Aurora Maniacs which is very complete. 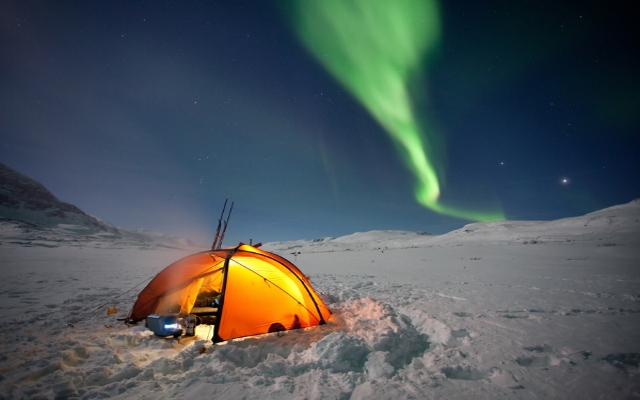 The auroras are visible all year round, however the ideal periods are between December and March and between 6pm and 1am. The more we go up north, the greater the chance of seeing it, because of the poles.

For photography tips: Set your camera to manual mode, ISO to 3200 or less depending on the light. The aperture must be as large as possible or a small figure-F: 1.8 and the shutter speed is to be tested. Patience.

Not forgetting the CULTURE

To each country its beliefs, for some, the polar auroras are signs of bad omens related to death, as representing the spirits of born children or of deceased women. The best known of Finnish beliefs is that of the spirit of the fox dancing. It illuminates the sky with its tail making a cloud of celestial dust gush, the auroras.

At the origin of the present Finnish people, the Sami, the first indigenous people of Europe. This people were nomadic people until the years 1940 when they began to settle down. Traditionally, all families lived in large tipis and moved, following the migrations of their reindeer farms in the year. 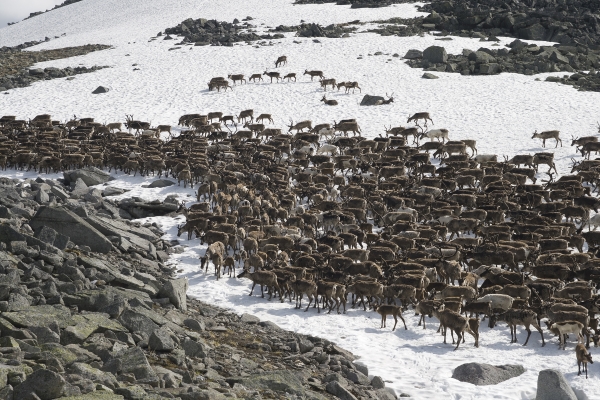 It is estimated that these days represent between 80 000 and 100 000 people in Norway for a large part, in Sweden, in Finland but also in Russia. The languages spoken in Finland are Finnish, Swedish and Sami, which is also a full-fledged language. It has been taught since the years 70 in schools and is present in everyday life: The signs are translated in both languages most of the time.

Honesty and modesty are the most characteristic of the values of the Finnish people. Before you go, find out what to do and what not to do in terms of communication or behaviour in order to avoid missteps or misinterpretations. The most common custom is of course the Sauna. Another wonderful invention that comes to us this time from Finland.

The food is related to the climatic conditions, the meals are rather copious with the main asset the meat. It comes in the form of sausages, steak, marinated meat etc. So you will taste the reindeer meat accompanied by its jam but also the wild berry syrup on the table at each meal (hardly sweet) and many other delicious specialties which I leave you the joy of discovering.

In Finland, the notion of ecology is an integral part of the life of the Finns. It is not uncommon to find on your way reminders to order either in flyers or simply on billboards. This behaviour is all the more justified by the desire to preserve these places out of the ordinary.

So, what are you waiting for?