So what could be better than going to the handlebars of your bike to discover it! From the coastal trails to the hills and fields through the sea, rivers and streams, Provence offers a multitude of landscapes and beautiful hidden treasures!

Discover Saint Remy de Provence, small town of the regional Natural Park of Alpilles and Provençal capital of the art of living! Take the small streets leading to the monastery of Saint-Paul-de-mausolus. Its ancient stones plunge you into the Romanesque era! 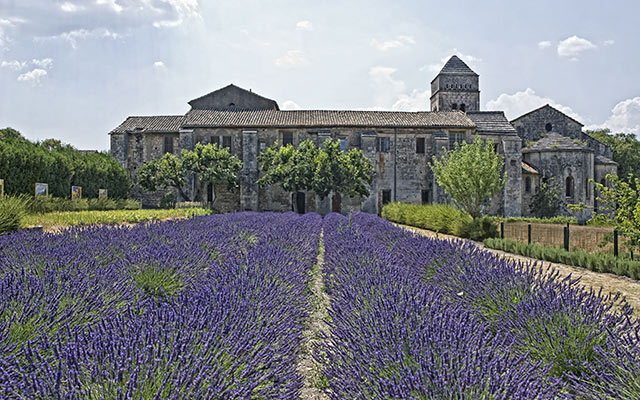 At the start of this beautiful city, hop on your bike and go on the old road of the Baux de Provence offering magnificent views of the Alpilles. Immerse yourself in a few laces in the heart of a universe where the mineral and the plant fight the space in an eruption of impressive colors. On the way, stop at the village of Baux de Provence, it is one of the most beautiful in France, dominating exceptional landscapes!  Perched in the middle of a rock, its castle is one of the most majestic monuments in France. 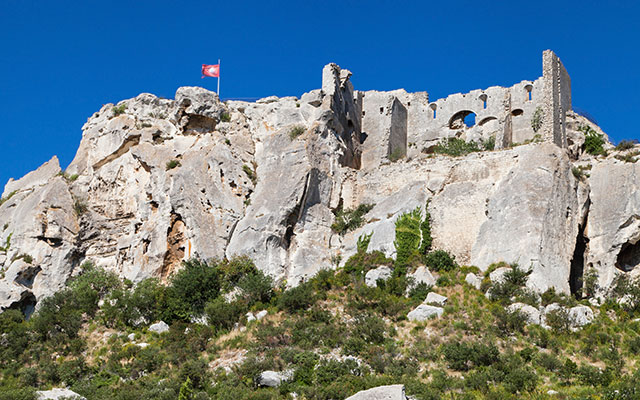 Go up north and cross the Provencal villages to the beautiful lively and charming coffee terraces. Admire the churches, castles, chapels or even the typical houses of the region. Ride through the rows of vines and olive groves with sweet smells of the south, under a sky Azure while hearing the cicadas sing.

Take small paths of land, off the beaten path, discover the Provençal way of life, its history and its many legends.

After several kilometers of ride, Avignon, named the City of the popes is offered to you! With a veritable frenzy, its historic centre is full of wealth! Stroll through the Doms gardens where the exceptional views of Villeneuve les Avignon, Mont Ventoux, Fort St Andre will give you the full breadth of Provence. 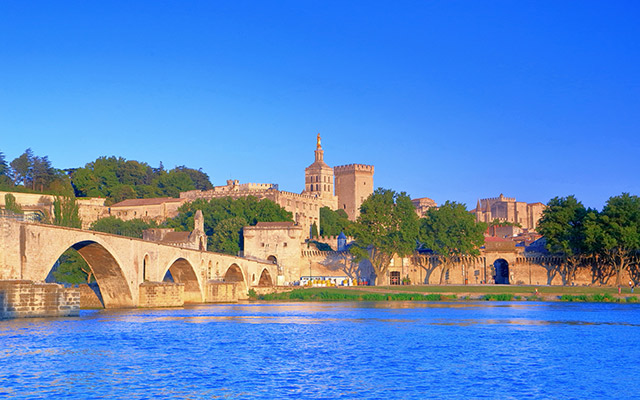 On the handlebars of your two wheels make a stop on the Ile de la Barthelasse, it is on the banks of the Petit Rhône that you enjoy a breathtaking view of the ramparts of the city of the popes, its palace and its famous bridge!

After a nice stop, follow the river to the north and bypass the Mont Ventoux. Also called “The Giant of Provence” he reigns in master with his 1912 meters in height. Promises of unlimited pleasures travel its beautiful curves leading to the top. From the top, discover one of Europe’s largest panoramas, dominating the Rhône valley, the Baronies and the Vaucluse plateau. Throughout your motorcycle journey, admire over 1000 species of plants on five levels of vegetation between 400 and 1900 metres.

Return to the D938 and arrive at the Château du Barroe, then a few kilometers further to the Abbaye Sainte-Madeleine. After great moments of ride you discover Malaucène, capital of the Ventoux, the latter is built around its former castle and its former fort is situated on the highest point of the village.

On a motorbike you cross vast territories with many hills, the road is sinuous of what to experience beautiful sensations of driving.

The city Marseille is calling you! It’s time to go south to the Marseille coast. A unique universe with a proud and strong identity, the city is marked by many influences from the four corners of the world. The road takes altitude and transports you on the Corniche. On the handlebars of your two wheels, follow the Mediterranean while enjoying the beauty of the scenery. The road then sinks into the heart of a desert of Garrigue, that of the coves of Marseille. On the roads of the latter, the points of view are striking. You’ve arrived in Cassis. Its colorful fishing port, its typical small market or its coves maintain the authenticity of the city. Make a stop at the medieval castle dominating the bay. 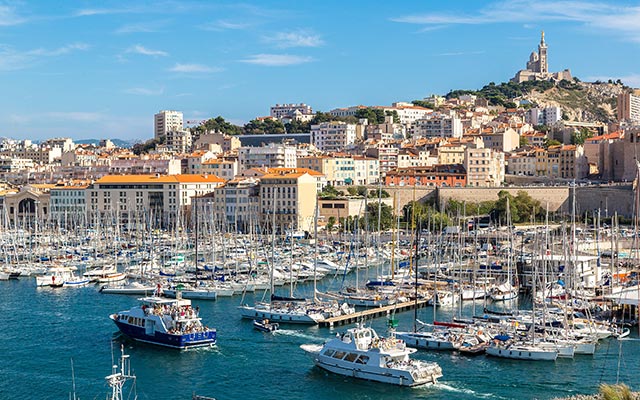 Higher up in the land, a famous road awaits the bikers, the route of the ridges. Leading from Cassis to La Ciotat The latter is a must in the region. Its winding path leads you to numerous observation points such as Cape Scoundrel, one of the highest cliffs in Europe offering an exceptional panorama on Cassis and its coves.

After beautiful moments to observe the surrounding scenery, hop on your bike and follow the coast to the east. You are now leaving the Bouches du Rhône for the department of Var. Follow the seaside resorts of Bandol, Sanary-sur-Mer, Six-fours-les-Beaches and head north. After several kilometers between roads and slopes you arrive in the famous village of the castelt known for its beautiful circuit of speed. Leave behind the massif of Sainte-Baume and get closer to that of Sainte-Victoire. 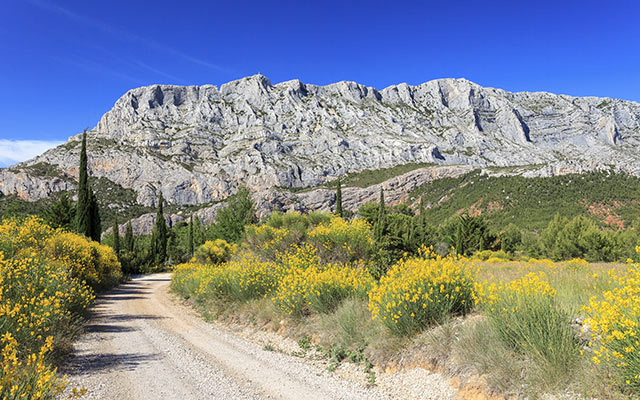 You will soon find the mountainous roads of Provence for still beautiful sessions of ride, whether it is maritime or mountainous Provence offers you generous itineraries in curves!

Medieval cities, ancient vestiges… France is full of many of the most beautiful villages in the country, so don’t hesitate, hop on your two wheels and get on the roads!

Splendid castles of the Loire Valley