A passionate author and photographer, Johan Fantini has been carrying out artistic projects all over the world for several years on a motorcycle. After travelling nearly 1400 km aboard a motorcycle Honda XLV 600 Transalp, from Lyon to Damascus for the mythological study “Voyage to the mythical country” and having crossed 9000 km in Spain for the photographic project “Don Quixote, the mechanical Ride”, Sébastien Fantini launches the red bird.

Aboard a motorcycle and accompanied by an old film camera, this travel lover created the Red Bird, a series of multimedia documentaries devoted to traditional music and dances from South America. For this new project, Johan Fantini decides to integrate the writing and the video to share, with you, these traditional and distant cultures.

Having this theme as the guiding thread for this motorcycle trip, the Red Bird will devote itself to the history of Tango, Chacarera, Candombe, Milonga, the dance and song of the Gauchos and finally to the traditional rituals and dance of the Mapuche and Aymara Indians.

It is in solitary that Sébastien Fantini decides to go on a motorcycle trip to South America. In partnership with Suzuki France for the rental of the motorcycle and Tourist Trophy TT Isle of Man for the equipment, it is aboard a Moto Suzuki 250 Vstrom that he decides to survey the South American slopes. With a strong potential for this type of travel, this sturdy motorcycle model guarantees an autonomy of nearly 500 km. 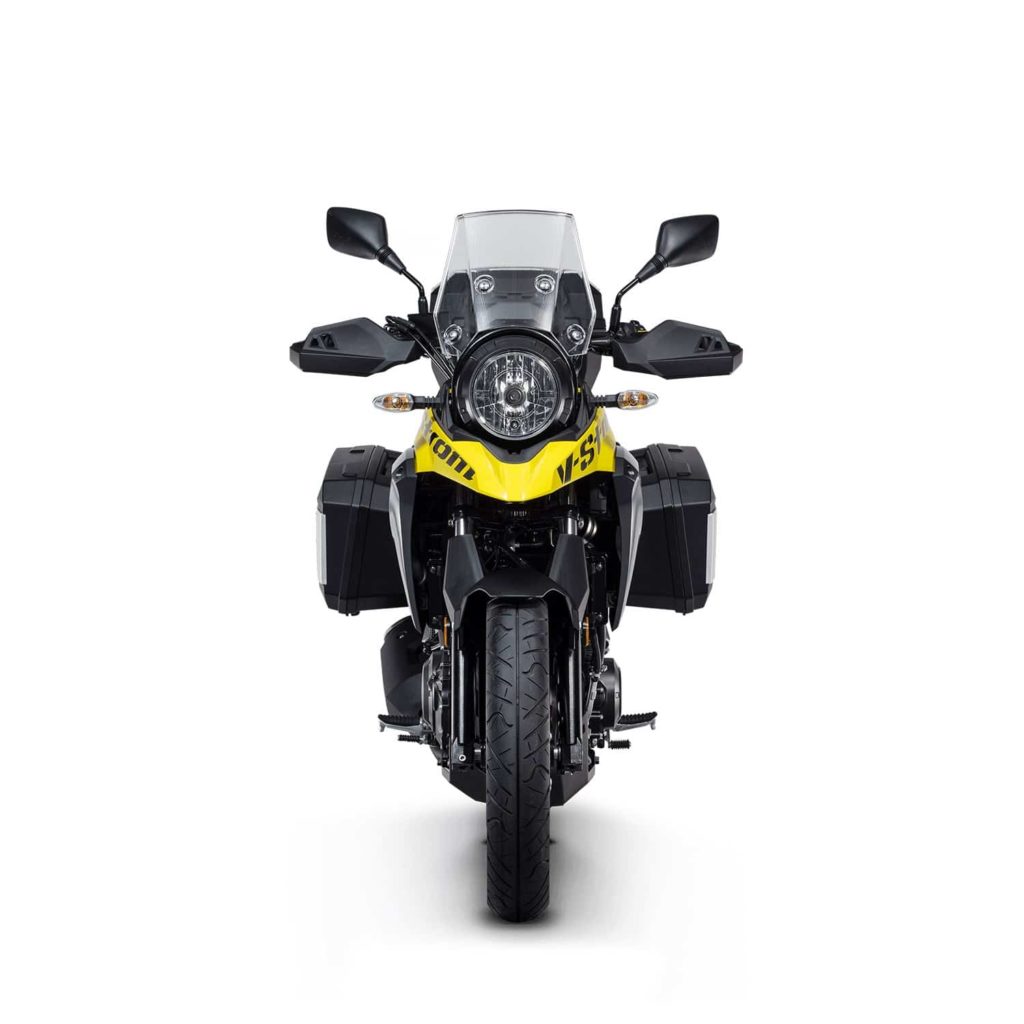 Thanks to a participatory fundraising campaign, the Red Bird was able to reach its budgetary objective in order to finance this motorcycle trip and this series of new documentaries (equipment necessary for production, financing of transport, insurance and other Administrative and customs costs).

For this first part of motorcycle travel, the red Bird is preparing to travel nearly 10 000 km of track for a duration of 6 months, through Uruguay, Argentina, Chile and Bolivia. 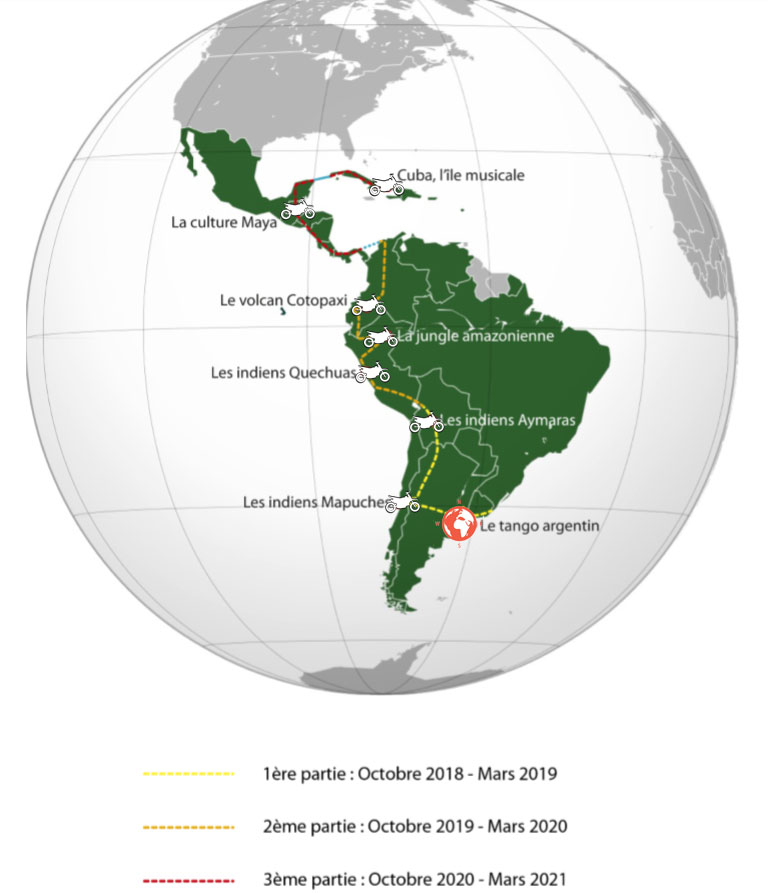 The first stage will take place in Uruguay for a duration of 40 days, with the program, the discovery of all regions of the country.
The red bird will then devote itself to the north, east and west of Argentina for 70 days. If weather conditions permit, this crossing of Argentina will pass through Bahia Blanca and San Luis, until you reach the city of Santiago, Chile. For 30 days, Sébastien Fantini will drive to Concepción in the south of Chile, until Vina-Del-Mar in the north.
He will continue his journey with a new detour to Argentina to explore the north-west of the country and its cities: Mendoza, San Juan, San Miguel de Tucuman.
The last leg of this 6-month motorcycle trip will start in Salta, Bolivia. During 40 days, the red Bird will discover the fabulous Salt Desert, the Salar Uyuni, the Andes Cordillera, La Paz, not forgetting the famous Lake Titicaca.

Throughout this 6-month motorcycle trip, Planet Ride will accompany the red bird on this motorized voyage dedicated to the artistic cultures of South America. So stay connected!