Did you find Tango, your two-wheeled companion?

Indeed, great moment of emotion for me. After a long wait, I discover Tango, the small Suzuki 250 Vstrom, covered with dust under a hangar in the port of Montevideo. She made a long silent journey of five weeks, including two to park on the port of Malta, waiting for the providential ship that would take her so far. The move to Customs is only a formality and it is the adventure that starts! 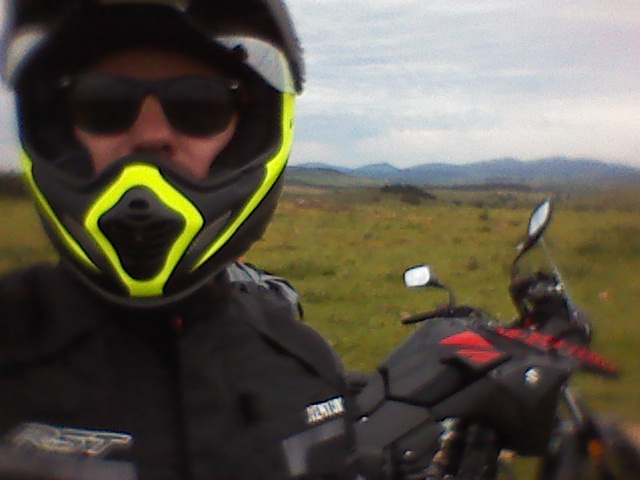 Direction Brazil! I leave the delta of the Rio de la Plata for the blue of the Atlantic, Adios Montevideo and its superb Rambla, with the enchanting rhythms of the Candombe. Long rows of eucalyptus scent the journey. In Uruguay, motorcycles enjoy a free passage to the toll with the greetings of the Barrier Guard. I’m driving, what a joy!

Testing the bike in charge, tweaking the adjustment of the shock absorbers, I devour endless straight lines at the average speed of 80km/h, rhythm that seems to suit the crew, first finding: everything is fine!

First stage, the Cabo Polonio Nature Reserve and the beautiful beaches of La Paloma where some unfortunate ships have been stranded. I imagine the surprise of shipwrecked people who arrived in this pristine paradise… The whales go along the coast, following their migratory route, I plunge into the ocean still fresh and am greeted by vigorous waves. I am like a child out of Mother Nature’s womb, I feel both invigorated and appeased. There is not the slightest tourist on the horizon. Tango hops cheerfully on the sandy slopes.

Can you tell us more about Uruguay?

The population of Uruguay is concentrated in the capital. The myth of Uruguay is the rest of the country: a vast world devoted to livestock and agriculture. A world I chose to cross. I take the direction of Minas, savor some corners in the middle of the Sierra, discover the beautiful hospitality of the countryside Uruguay. An art of living in nature, far from the hustle and bustle of the city. 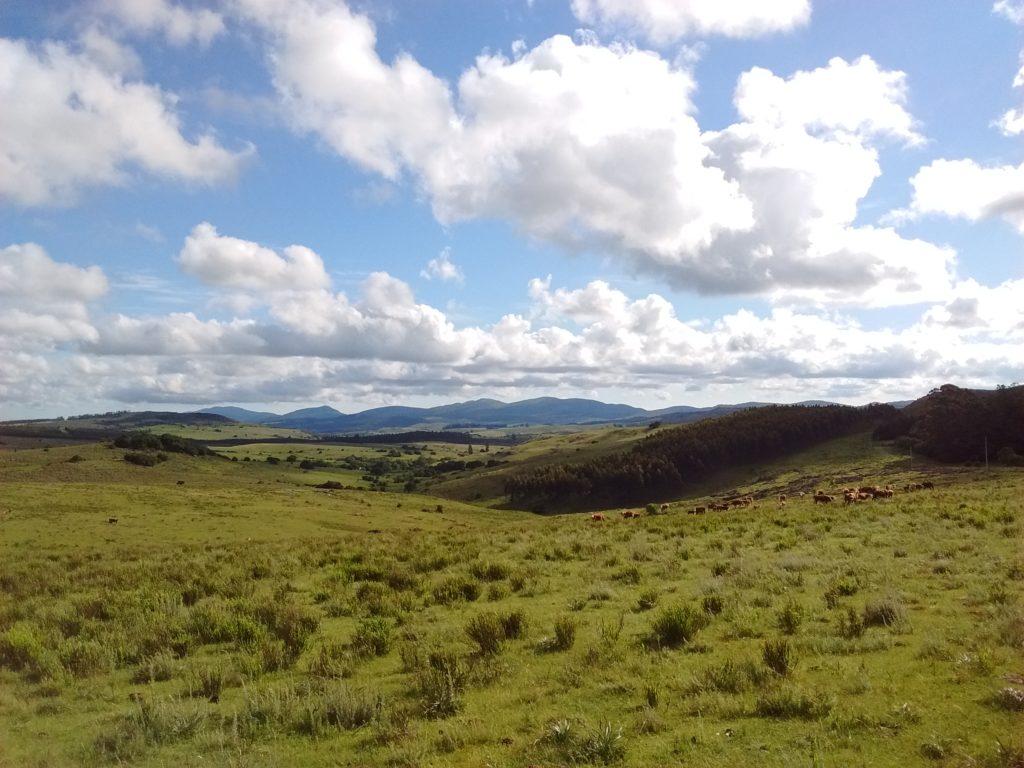 The roads become brittle, the bitumen nonexistent, the numerous deviations, I arrive at Crossroads of nowhere, beaten by a terrible lateral wind that lifts the dust, I often stop when I see a rare silhouette to ask for the direction, I’ll need a nine-way drive to get Minas to Mercedes on the edge of the Rio Negro. It is a pleasant city where I have been able to make beautiful meetings that have introduced me to their joy of living, which fits perfectly to my need for rest.

What was the next step? 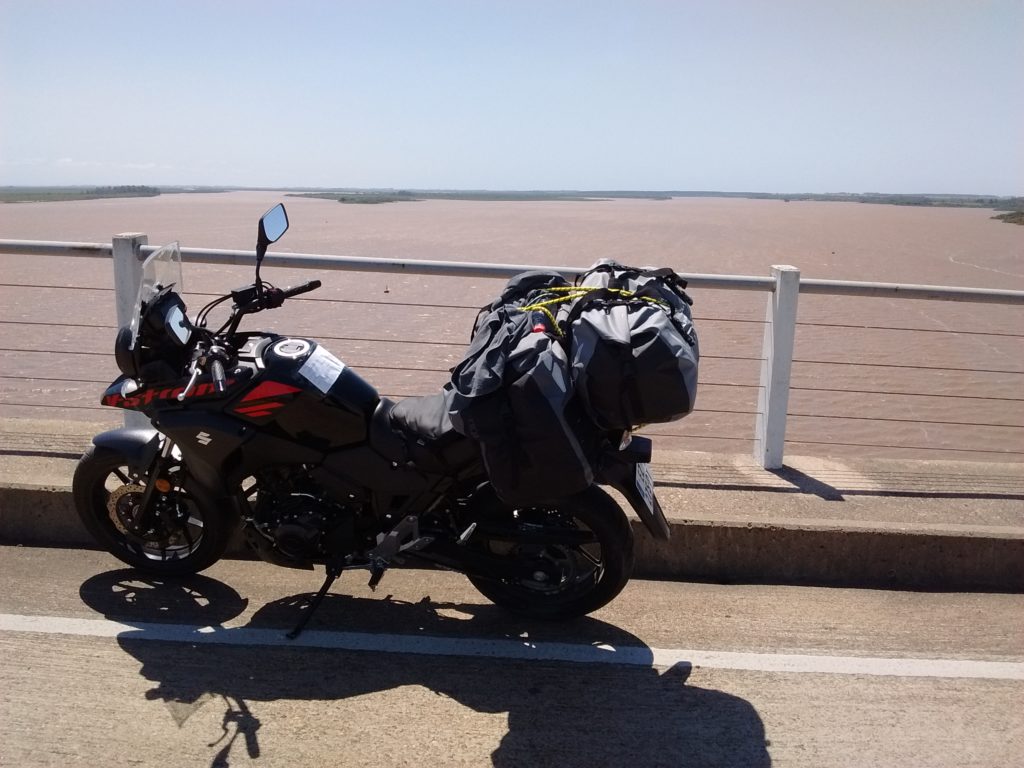 Crossing the region “Entre Rios” which, as its name implies, is bordered by two immense rivers coming from the Amazon: the Rio Parana and the Rio Uruguay. Gigantic tattoos, snakes and lizards pass between my wheels, I still reduce the speed, which allows to admire even more the numerous ponds strewn with colorful birds.
The service stations, similar to oases in the vastness plane are places of resource and also of meetings.

The arrival in Buenos Aires by the north-east road sensational, the traffic is dense and furious, much like in Rome, better to be in the rhythm!
A tip for travellers, ride on Sundays where traffic is quieter. It is more enjoyable to discover this immense city on two wheels. Tango excels in this exercise, believing that the city is in its DNA. Every red light gives rise to online departures, the spirit of Fangio always running!

Tell us about Buenos Aires?

Buenos Aires is a warm, lively city, day and night, relentless. Time dissolves, the rhythm is nocturnal, as the Porteńos say, it is a city that catches you! The Collectivos buses, high in colour, darken by honking in the crowded streets, trapper braking ensured at each stop.
It’s also the city of Tango. And every evening, about thirty dances enliven the nights of the lovers of the Troïlo, of Carlos Gardel, of Anibal, of Osvaldo Pugliese and other maestros. 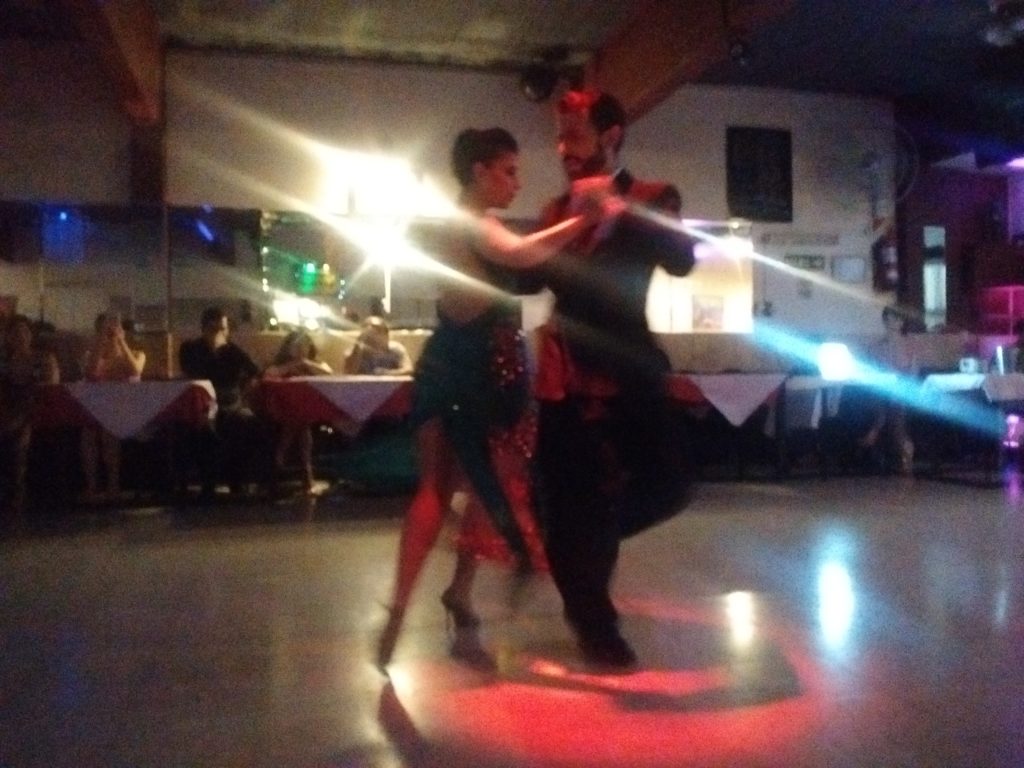 What’s your program for the sequel?

The time has come to prepare for the continuation of the voyage, the crossing of the immense Argentine Pampa, to Patagonia. Long steps conducive to meditation, until the arrival of the first bends at the edge of the Andes Cordillera. 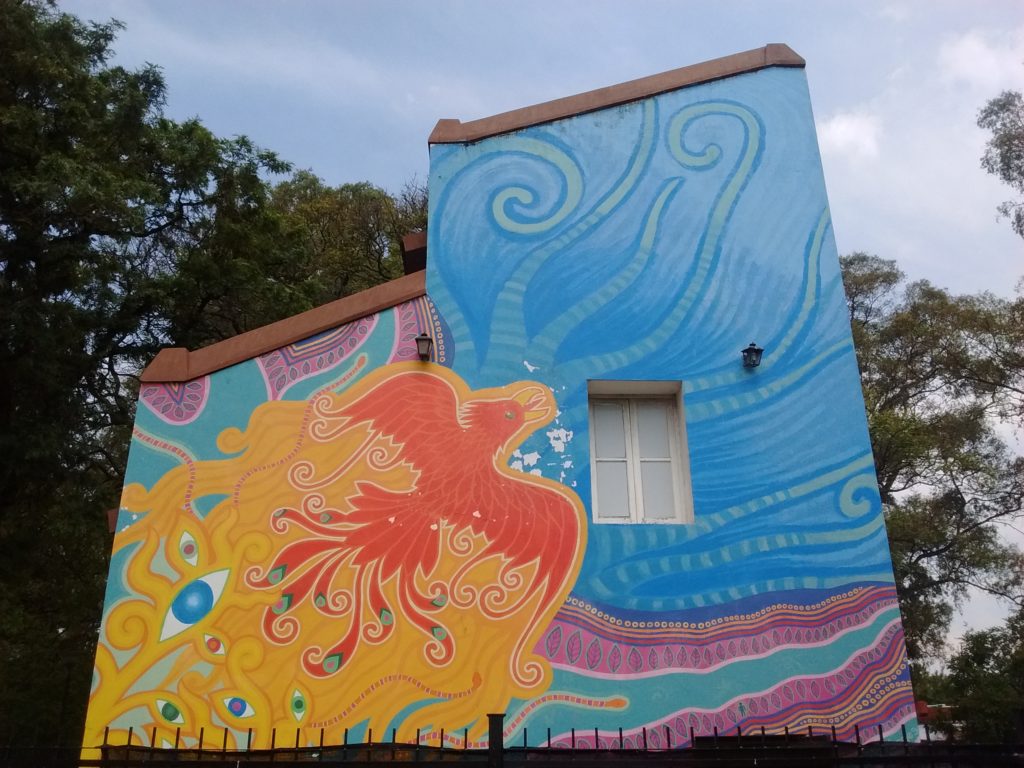