The Skippers Canyon Road, located in the southwest of the South Island of New Zealand, is today one of the most famous and frightening roads in the country, due to its narrowness making it difficult to maneuver. This gravel road, about 22 kilometers long, was hand-carved from the cliffs by miners over 140 years ago. Attention, if you want to pass on this road by motorbike or by car, it is at your peril because the insurance of your car rental or motorcycle will not be taken into account if you ride here! 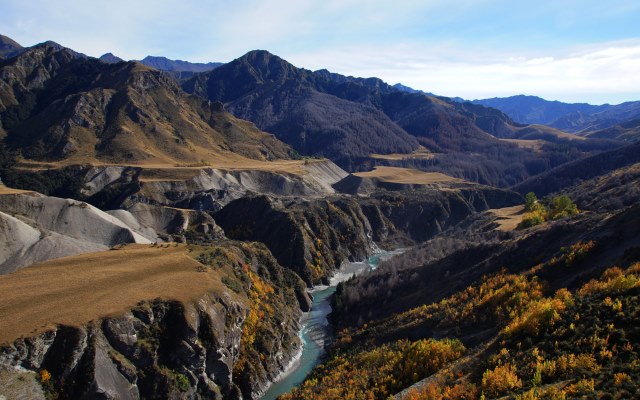 This road was built during the period of the gold rush, between 1883 and 1890, but the miners did not think to make enough room for two vehicles. If you cross a vehicle the other way, one of you will probably have to step back until you find enough space to cross over, sometimes over three kilometers!

Nevertheless, this road is worth a visit because it offers many panoramas for those who venture there, to make beautiful pictures. Do not even throw yourself in the rain or in the dark, it can quickly become a real nightmare! 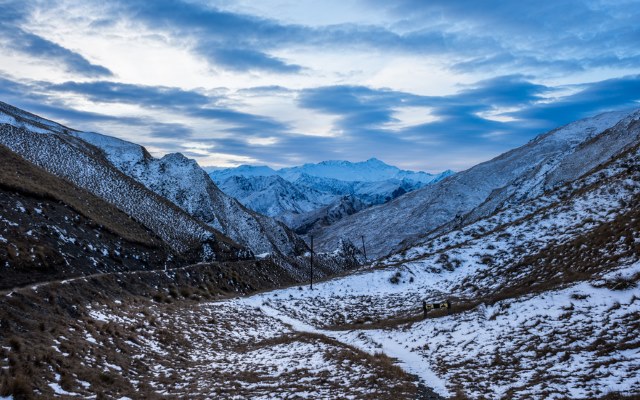 The Canyon skippers formed about 25 000 years ago with the melting of a glacier that led to the fall of gravel and gold throughout the valley, creating one of the world’s richest gold rivers! The route of the skippers Canyon was therefore built to facilitate access to the gold miners, but the madness of the gold rush ending before the end of the construction of the road, it is now used by tourists, farmers, and some companies Mining. 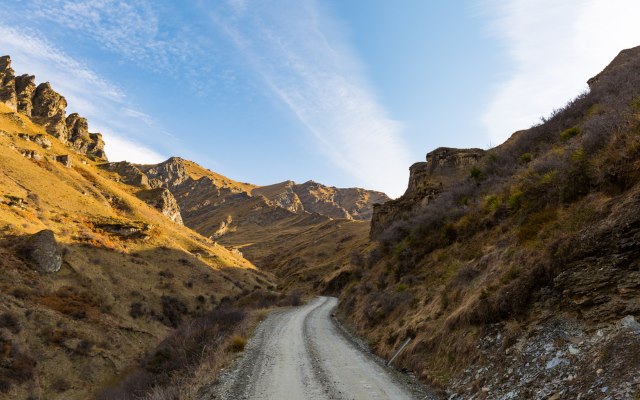 This road meanders for miles of beautiful panoramas between crooked corners, high altitudes, and steep cliffs. Because of its unique location and the fact that it passes through remote places, you will have to prepare well before you venture there. You go down into a deep canyon, with a breathtaking view of the hinterland and the rock outcroppings testifying to the toil of the workers who carved it by force of arms and black powder. You will cross many signs indicating dangers along the road: Speed limited to 15km/h, possible rock fall, animals on the road, Windy Road, no safety gates… 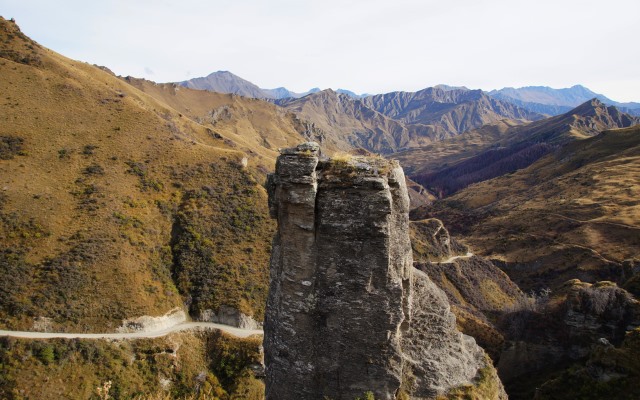 Yet, since its construction, the road has been one of the most important tourist attractions in New Zealand. One of the best known places on this road is the Skippers Bridge, a 96-metre long bridge that culminates at 90 metres above the Shotover River next to Queenstown. Suspended by 14 metal cables, the bridge allowed access to the largest juvenile camp in the area. 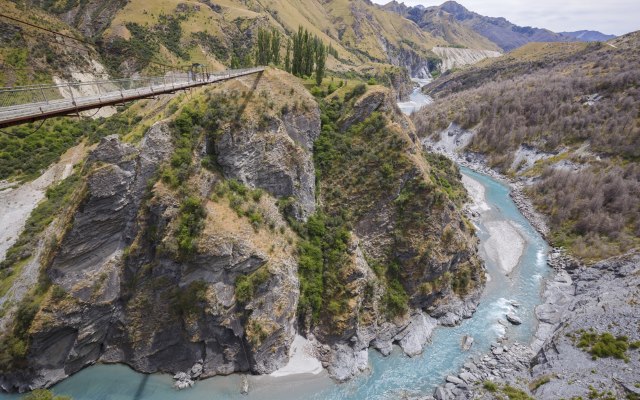 Another reason why this road owes its fame is that the place served in the filming of the movie Lord of the Rings, the famous adaptation of the novel by J.R.R. Tolkien. The Canyon skippers appears in the first film of the trilogy with the Drizzle River where Frodo is chased by the Black Riders and the Sorcerer King, in a horse chase race.

Besides the road itself, many activities are possible in the canyon like rafting on the river and accessible even to beginners. The skippers Canyon Road is accessible by Queenstown after a few kilometers.