Dubbed Los Caracoles (snails) by the chileans, the road is a portion of the CH-60, also called Ruta 60. It connects Santiago to Chile to Argentina and passes through the mountains of the Andes Cordillera. 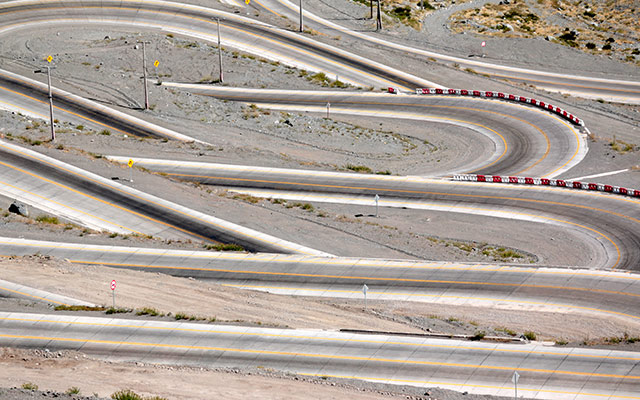 With more than 40 border crossings separating the two countries, this one remains the most mythical and most impressive of all! Rising from 800 meters to reach an altitude of 3200 meters above sea level this portion of road consists of more than 29 hairpin turns all equally impressive from one another! 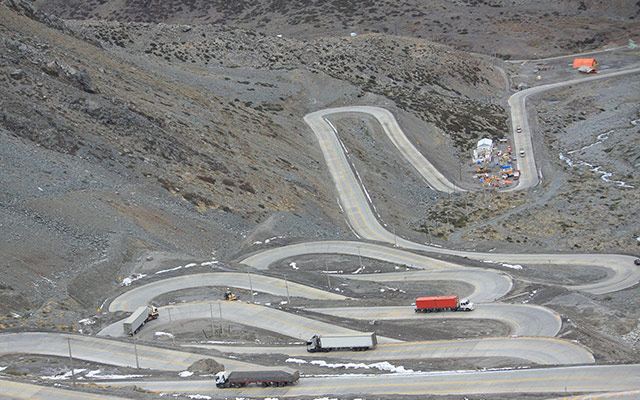 Be careful, in winter the ice and snow make the ascent and descent very trying and dangerous. The road passes in remote places of different countries through mountainous landscapes with magnificent views! You cross Aconcagua, the highest peak in South america! It is much more difficult to ride on the Chilean side, the part being considered one of the most sinuous in the world, on the other hand, the Argentine side is easier because of its gentle slope. 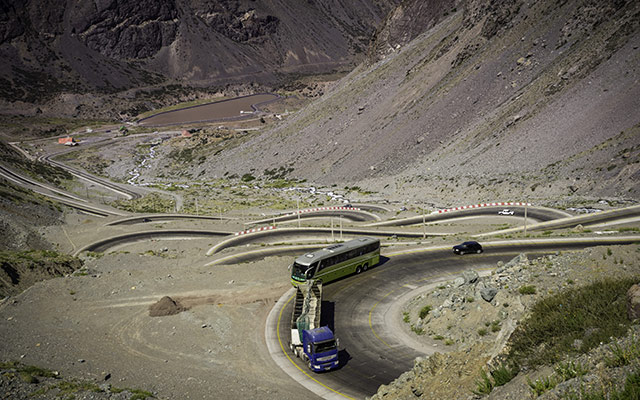 The border between the two countries is characterized by a tunnel, the Cristo Redentor located more than 3200 metres above sea level and 3080 metres long, 1564 metres from the Chilean side and 1516 metres from the Argentine Side. The latter was opened in 1980 but frequently closes in winter due to heavy rock and snow Falls. The slope of Los Caracoles is extremely steep, making the road the most difficult and the most dangerous in the WORLD. 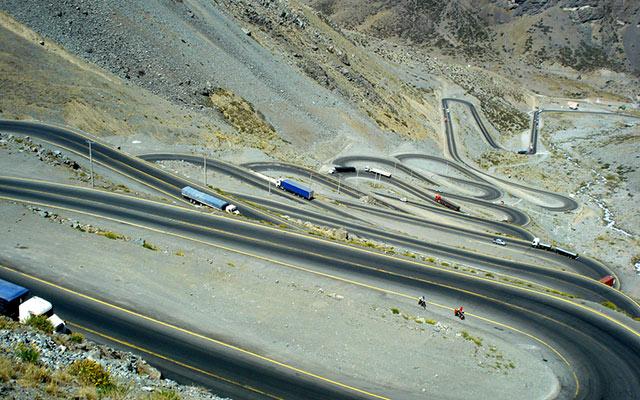 A slalom with dizzy curves for wonderful memories and great Sensations.

To the handlebars of your motorcycles or the wheels of your 4×4 go to South america, on the most beautiful roads of Argentina and chile, to discover beautiful landscapes!