The Piaggo brand celebrates its 130th anniversary this year, at the same time that Franco Armani celebrates the 40th spring of its ready-to-wear brand. To mark the event the two Italian brands collaborated around the creation of the scooter 946, referring to 1946, the year of the first Vespa.

The Vespa 946 Emporio Armanie brings together an elegant and modern style. The scooter is inspired by the retro lines of the wasp of the years 1950 and benefits from finishing and accessories designed by Milanese stylists. The leather saddle is remarkable for its finishes, some parts are chromed, laser-engraved. Each VESPA is produced in limited series and is numbered.  The 125 scooter also features the latest technology with a freestanding chassis, a 4-stroke engine and ABS braking. The scooter is exclusive and therefore, its price will be much higher than the last model 946 Bellissima yet worth €9000. 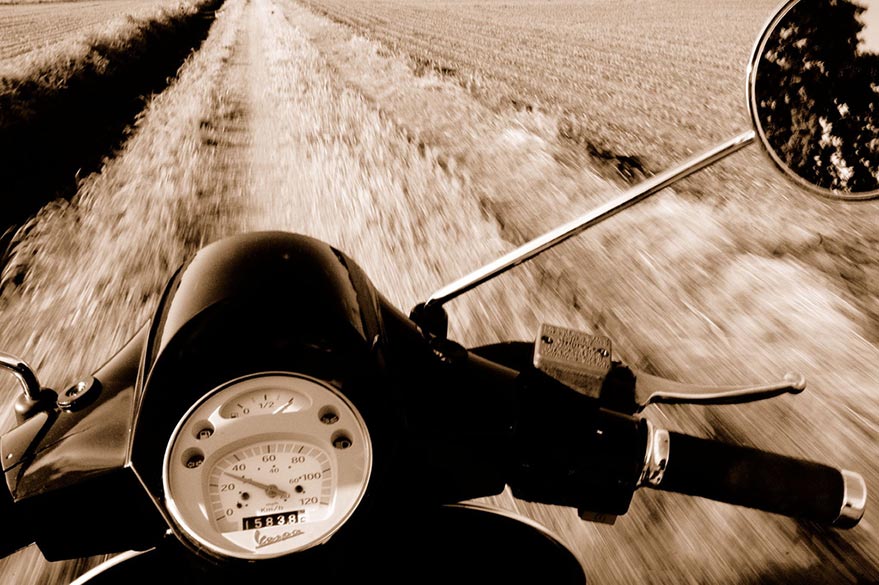 Since 1946 Italian scooters roam the roads of more than 114 countries of the world, transporting with them charm and art of living in the Italian

The birth of a mythical vehicle

The Piaggio brand had entrusted the engineer Corradino of Ascanio with the task of creating a two-wheeled flat floor that can be driven by both Italians and tight skirts as well as Don Camillo in a robe. The engineer, who did not like motorcycles of the time, too noisy and Unutilitarian, elaborates a revolutionary vehicle: a two-wheeler with a carrier shell, an engine concealed under the bodywork, a gearbox on the handlebar and a seat on which one Sits like in a car. The story tells that Corradino of Ascanio would have drawn a person sitting in a chair before turning the sketch into a scooter.  The utilitarian vehicle evokes at first glance Italian elegance, so that when Enrico Piaggo discovered the prototype he exclaimed “Ha La Vita Stretta… a Vespa!” (with this narrow size it looks like a wasp!). 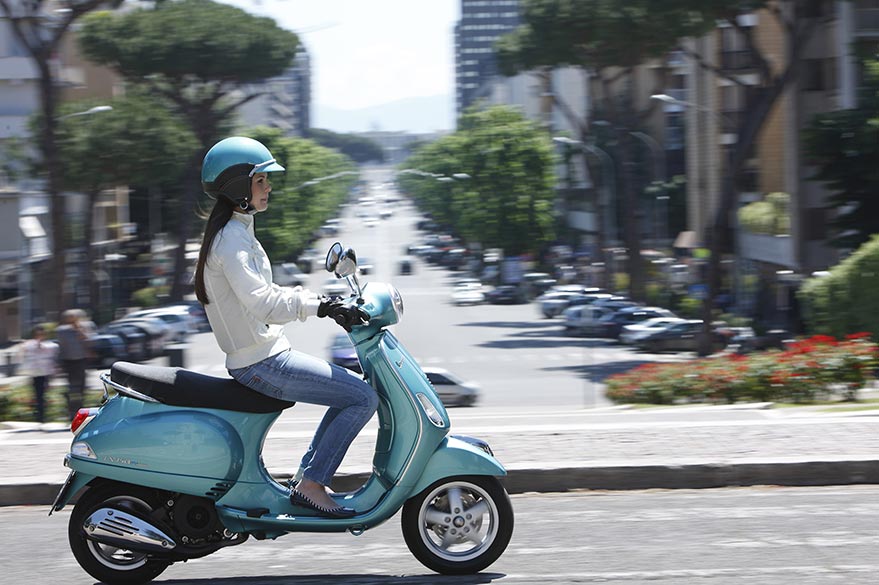 The Vespa, an icon of joy of living

The VESPA is a true movement of society calling for freedom. The daring advertisements of the time with Romy Schneider and Ursula indress highlight the charm, the sensuality of the vehicle but also its practical spirit. An expression of the design accomplishes that perfectly marries the utility.

Today the love of 50 cm3 is not a dull hair. The Vespa is an icon of urban life representing art of living and a certain quality with its timeless patterns. The latest model the VESPA 946 released in 2013 is both vintage and modern with its graceful curves and its body in aluminium and steel. Its design pays homage to the first MP6 copy.

Nomoon Agency has created a superb Vespalogie, a nice animated video tracing the evolution of VESPA scooter design over the years to its latest model

Records, sport and travel around the world in Vespa

In the years 50, the success of the VESPA takes on the scale and Vespistes of any social category come together for walks and trips by scooter through Italy, Tuscany, France. Many popular gatherings are born like the Sciame of Aren’to in Milan but also legendary races like the Giro dei tre mari (the tour of the three Seas) in 1953.

The VESPA is also the hallmark of many ride records which allowed it to become the best brand of Italian motorcycle. The Vespa becomes the vehicle of the adventurers: The student Giancarlo derives in the years 50 the Arctic Circle, Roberto Patrignani crosses the world at Vespa from Milan to Tokyo, two Danish journalists join Bombay in Vespa. In 1980 two Vespas crossed the finish line of the Paris-Dakar. 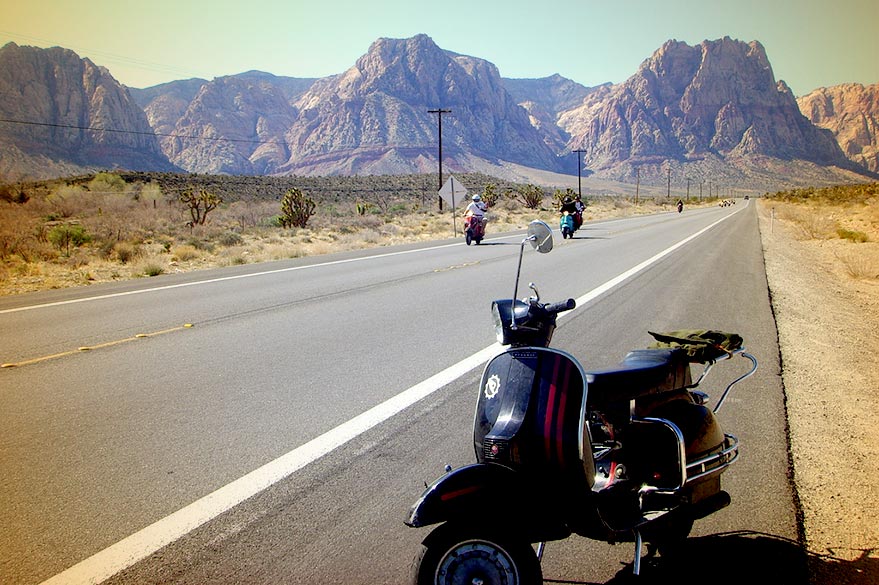 A trip in Vespa is definitely one of the best way to travel the small roads of Italy or Tuscany. Discovering the Lake Garda or the region of Puglia, Marche or Umbria is a call to freedom, to the Italian art of living on models thought for mobility.