Whether you are fond of wide open spaces, passionate about cultural history or unconditional of motorized adventures, it will be easy to fill your diary with the discoveries to be made and the myriad of sports and leisure to try in Canada in the middle of winter…

Exuberant natural landscapes, activities as entertaining as they are hectic, not forgetting the spectacular phenomena as impressive as the others make the country of the maple Leaf, the destination for your holidays Winter! 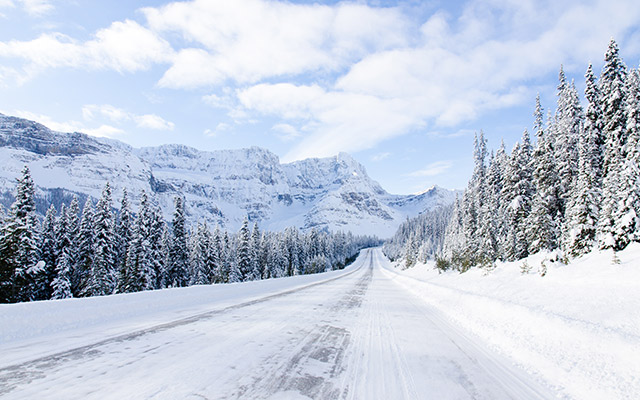 Live an authentic white winter in the Great North

With its territory that is 14 times that of France, Canada is teeming with places that are waiting to be visited. Mountains, plains, fjords, glaciers, forests… There is no shortage of places of interest. In addition, with national temperatures that adjacent-40 °c in the coldest periods, Canadian landscapes are incredibly beautiful when covered with whites.

There are about forty national parks in Canada that are all of an undeniable singularity. Among them is Kootenay National Park.  Winter enthusiast? This park celebrating its first centenary in 2020 will please you. It is a place of unusual contrasts. In the midst of its forests and mountains are the waters of the bubbling hot springs and the icy rivers constantly fed by the ice in font. Notice to all those who want to live an authentic winter experience. 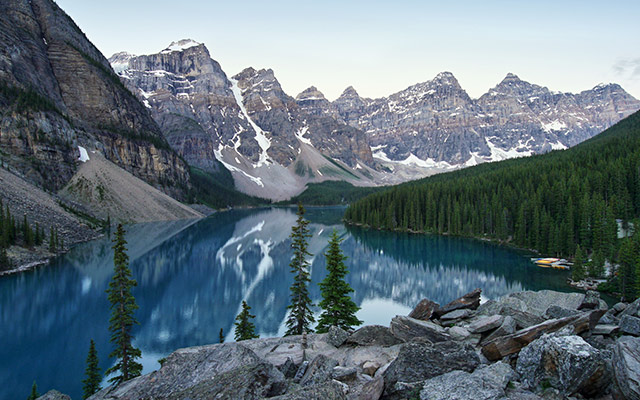 Kluane also has some of the names to remember if you want to enjoy the best of Canadian nature. It is the national park located in the Yukon territory where you will have the chance to see the famous Grizzlies, direct cousins of the brown bears recognizable to their fur with a gradient of blond, brown and black, the vast fields of ice that feed the Major glaciers of the country and of course, Mount Logan, the national highlight.

But in Canada, it’s not just the forests and the mountains. There are also lakes. And among the inescapable of the country is the lake Abraham, an artificial lake dating from the years 1970. As each year, at the time of freezing, the water body of this lake with the turquoise frost color to form a solid layer transparent to its surface. It lets you see what is going on in depth, especially the methane bubbles that are frozen underneath the surface. Although the gas is constantly at risk of igniting, the phenomenon is fascinating, magical. 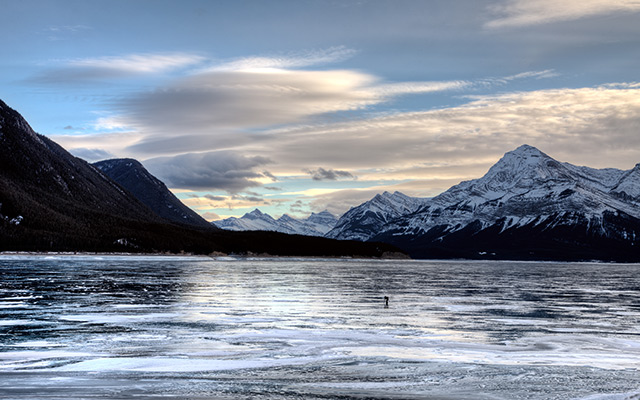 Even more authentic is the Rideau Canal, the largest skating rink in the world. Located in Canada’s capital, it is the only UNESCO World Heritage site in Ontario. During the winter season, this 7.8-kilometre-long skating rink covering an area of about 165 000 square meters gives you free access to be part of its some 19 000 visitors on average per day. Also, if you catch a chill during your trip, the ice rink offers heated changing rooms all along the canal.

In any case, as it is tradition in the country, during the Christmas and the end of the year celebrations, you can always indulge in a variety of activities such as snowmobile raids and dog sleigh rides on the ice sheet of Lake St. John, In Saguenay, for example.

If there is also an activity that attracts more and more visitors to Canada, it is the practice of skidoo. Indeed, with only a caterpillar and skis in place of the wheels, this machine very easy to manipulate is able to take you anywhere on the territory. The steering requires only two options: acceleration and braking. However, the benefits side is a real all terrain. Snowmobiling does not need a well-plotted road to advance. As long as you have snow in front of you, you can always move on. So this is the perfect way to enjoy your occasional walks on ice. 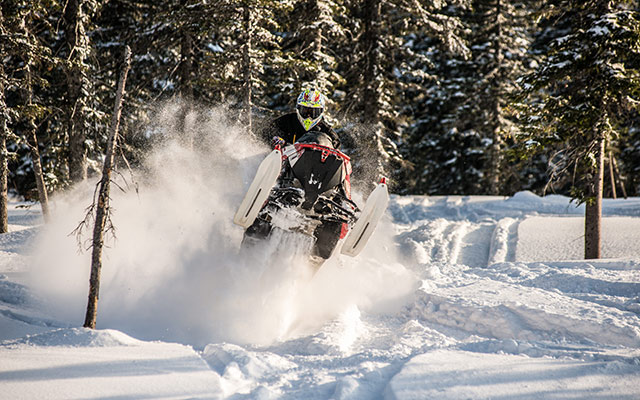 Unfortunately, accidents related to these devices are not uncommon in Canada despite the various safety regulations. It is for this reason that more and more services offer snowmobile baptisms which are usually done on certified circuits (25 km/h) with the supervision of a professional. Currently, Canada has approximately 112 000 km of snowmobile trails. And every year the activity attracts more than 1.5 million practitioners. However, it is possible to choose between the different offers of snowmobile activities in Canada. It is mainly about initiation, circuits and raids.

Every winter in Canada, many thousands of visitors want to experience their first skidoo. For this, as with every snowmobile start, brief safety instructions and a short learning time are given. Then a coach takes them with their snowmobiles to approved sites. These are usually flat, straight places, and where speed is limited to more than twenty kilometers per hour. Generally, all this happens on the side of Charlevoix, where there are the large snowy plains with few vegetable covers and many gels.

Normally, it only takes a few hours for an apprentice snowmobiler to tame the craft. Once this step is taken, you can try for example a non-athletic itinerant snowmobile raid that can go up to more than five hundred kilometers. During the course, you will have for example the opportunity to discover fairy landscapes such as the Regional Park of La Mauricie, the Auberge du Lac with Eau Claire…

And, after spending a few days on your mechanical horse, you will be able to master it as a professional and to chain the raids of more than 1000 km, especially since recent snowmobile models are powerful enough to reach Easily 120 km/h.

The aurora borealis, a spectacle not to be missed

The country of the Maple Leaf is reputed to be one of the coldest in the world in the winter season. Yet, many visitors come to Canada to enjoy the most fascinating nightly spectacle: the aurora borealis. Canada is indeed one of the countries where you can admire them.

An aurora? It is this thick trail of green or violet glows that can be seen in the night sky in areas near the Earth’s magnetic poles like Canada. As a result of the interaction between solar winds and the Earth’s atmosphere, these phenomena are not permanent. They are observable between 1 and 3 nights per month according to the forecast. 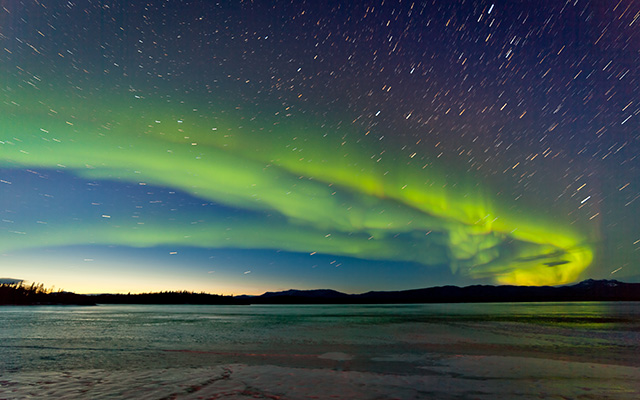 In any case, among the millions of visitors who put their suitcases in Canada, the majority come to see these aurora Borealis in the sky at night. If you are tempted in the country, don’t forget your camera to immortalize the show. You just have to know where and when to see it.

Where to see the polar auroras of the Great north of Canada? In principle, it is necessary to go north, beyond 60 degrees north latitude, that is, in the northern regions of Quebec. Indeed, it is at this latitude that the “auroral oval” is found, the area above which the auroras frequently manifest. It brings together Alaska, Canada and Scandinavia. So whether you’re in Yukon, in northern Saskatchewan, the northern territories, Akulivik, Chapais, Newfoundland, Nova Scotia, or British Columbia, you will have a greater chance of seeing and succeeding in Take a shot. 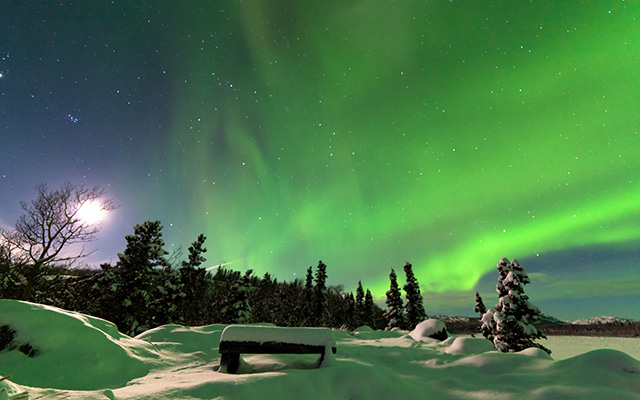 When to leave? Winter is the perfect time to observe the aurora borealis. The reason is quite simple. You can be sure to see one night between December and March because during this period there are relatively fewer clouds in the Canadian sky and nights are longer than days.

Also given the enthusiasm of visitors for the phenomenon, the country has created two practical online services to facilitate access to the show. These are the mapping of the Northern Lights of the Canadian Geographic and the site Dark Sky Finder. If you want to know the current Aurora borealis forecast in the area, just check out these sites. In addition, their indications take into account the cloud cover of the sky and the surrounding light pollution to offer you a most magical spectacle with the polar auroras of the Great north of Canada. 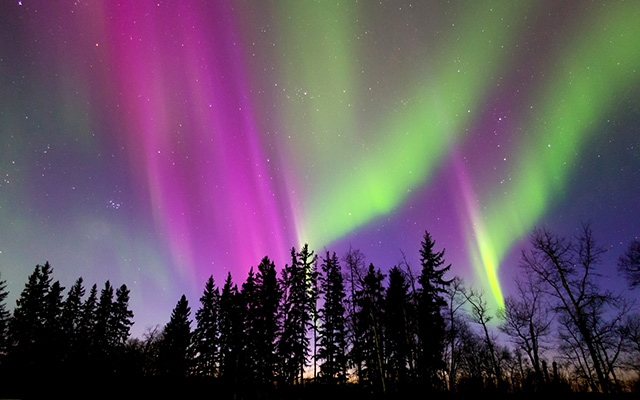 Finally, thanks to the various local services, it is possible to enjoy the phenomenon in group conviviality, around a campfire, after a ride in snowmobile for example. But, many are also those who take advantage of the phenomenon solo with their own means, the camera by hand of course. On the Yellowknife side, the latter will generally have 90% chance of noticing.