After spending 3 months in South America, then made a detour to French Polynesia, Roxane and Cyril spent a month and a half in Oceania from January to February 2015. To travel on this continent, they chose the road-trip mode. van. Their objective ? Discover magnificent landscapes, be independent, nomadic, but also experience a road trip on these large Austral Islands, trips that have become legendary for many. Right or wrong ? 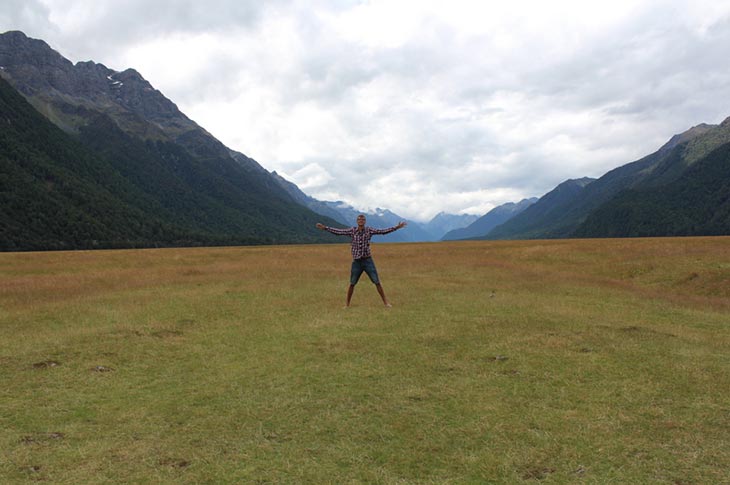 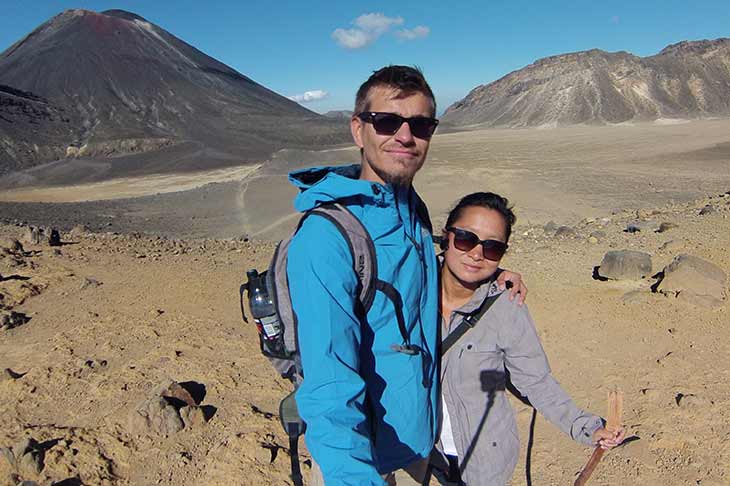 The van: find his house for the road trip We went two weeks in the North Island of New Zealand and two weeks in the South Island. We rented a van via internet. It’s a very basic van with just what you need: stove, electric cooler, chairs and indoor and outdoor table and a sofa that turns into a bed … For Australia, we only stayed for three weeks. We had planned to land and then go back to Sidney. So our route was already well laid out: from Sydney to the Whitsundays Islands and back! We also rented a van but this time better equipped with fridge and microwave … larger but also more expensive. 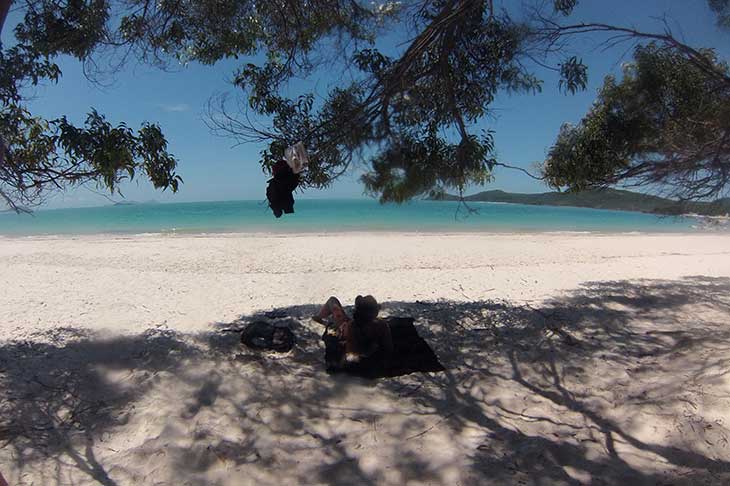 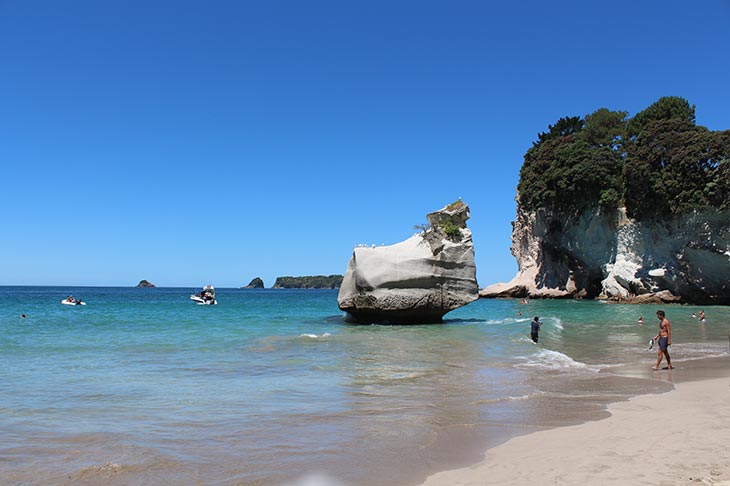 When you go for a long time you do not organize your trip in detailsThe purpose of the road trip was to see the landscapes, discover the wild side of these two countries. We did not organize these trips for two reasons. When we decided to go around the world in February 2014, it was far too early to book a van or decide anything. When we leave for a long time, we do not know what turn will take our trip. The second reason is that when you’re around the world, you just wonder where you’re going the next day. In any case for us, it was often last minute, which also played tricks for the reservation of the van in Australia, a bit too expensive for our budget. I basically read reviews on forums, feedback from experiences that mentioned not to take such or such rental agency. The final decision for the rental of the van was based on the price which was not very wise in the end … 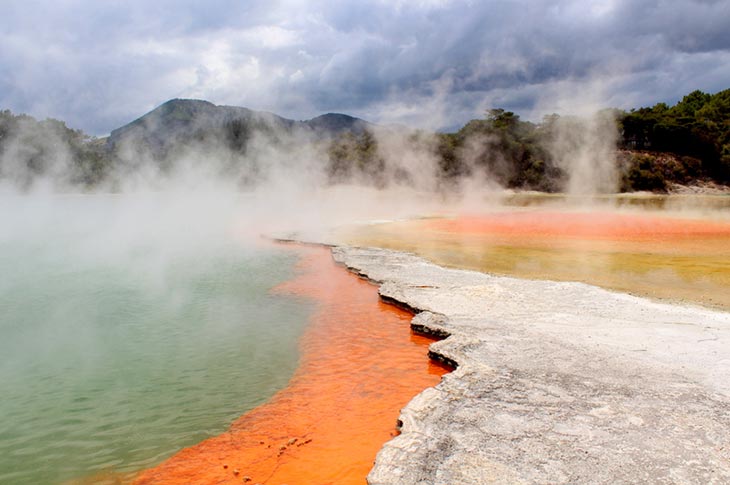 Difficult to find a van for his road trip when we are not on site What we missed during the preparation of our trip was the lack of visibility and information on the vans. There are so many rental agencies that it is difficult to position oneself and to say clearly this is the one I need … For my part I was afraid of getting caught and renting a house. vehicle in a deplorable state … especially since I was in France so difficult to realize by being so far.See beautiful landscapes and understand the craze of the French for the trip to AustraliaWe chose New Zealand for those landscapes and Australia because my best friend lives there and it was an opportunity to discover part of the country. It was also to see why this country attracts so much French … 😉 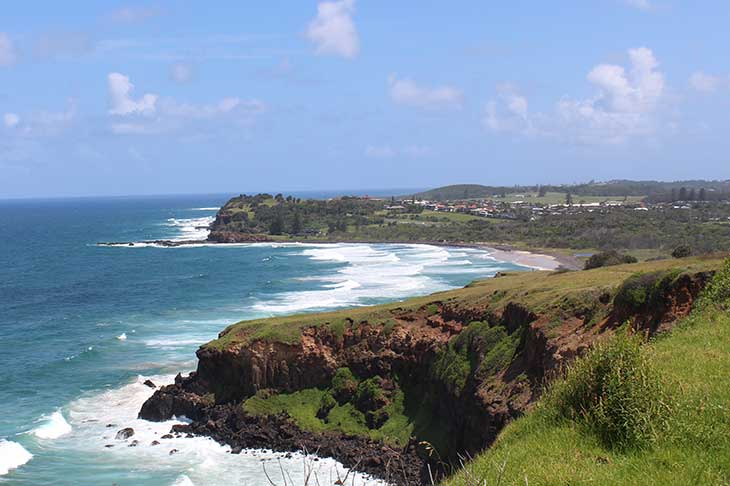 Finding a piece of France in New Zealand! Our best memory of travel: we had a day ahead of our itinerary, so we went to get lost on a peninsula of the South Island of New Zealand and it’s was just great. We came across a small piece of France, the names of the streets in France, pastry and restaurants … After leaving France for over 5 months it was really fun !! We ended up in really beautiful places, almost alone in the world! 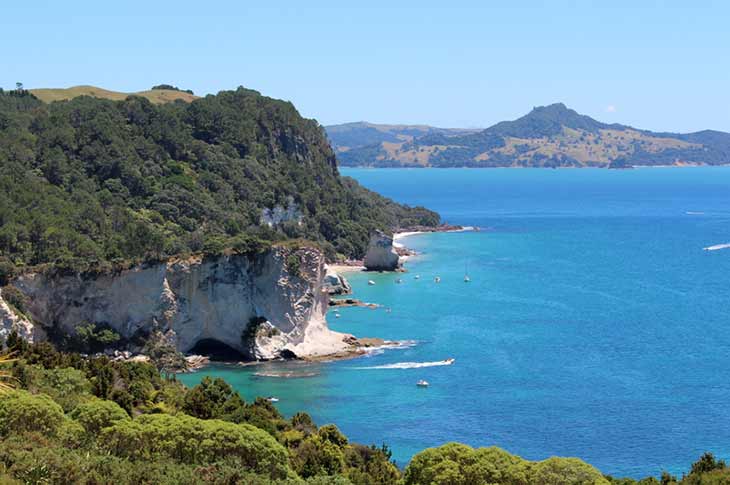 The joys (or not) of free camping Our worst memory: considering the price of the van rental, we tried to make a maximum of free camping. But once we ended up in a campsite that looked more like a field with stinking toilets and an invasion of sandflies! We all have this ideal to make Oceania in van We chose the van to be really autonomous, free of charge. to go and stop where we wanted. But that’s not really how it happens … Wild camping is forbidden under penalty of a large fine. We still had a lot of fun in Australia and New Zealand. To think about renting a car and sleeping under a tent would be a better idea. But we all have this ideal to make these two countries van and sleep there. It’s really great, it must be said. 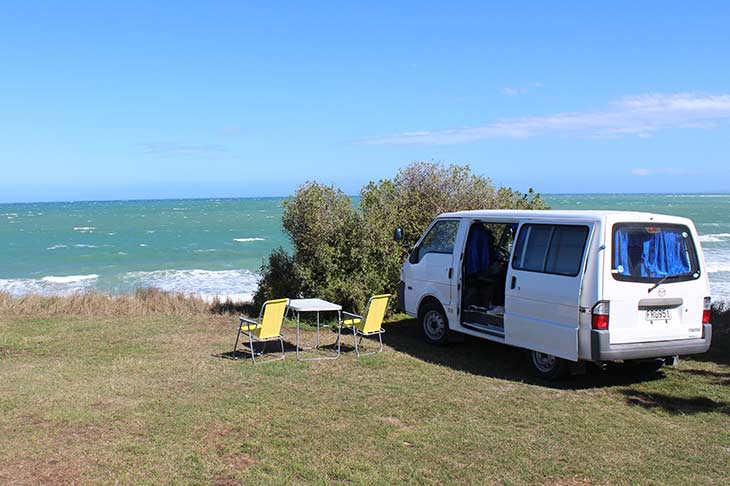 I dream of a road trip to the United States in red VolkswagenThe perfect road trip? For me with a red Volkswagen combi and be able to really stop where you want to be alone in the world. I think the next road trip I will do in the national parks of the United States. In the meantime, we are in Vietnam to continue on China, Mongolia and Japan. A world tour of 5 months to follow in a next episode … by 4×4 and horse in Mongolia! Inspirations of travel in camper You want to go on a trip in Combi or rent a campervan or a camper in Australia? Planet invites you to visit its Camping-car travel page.Inspiration Camping-car travel in New Zealand: